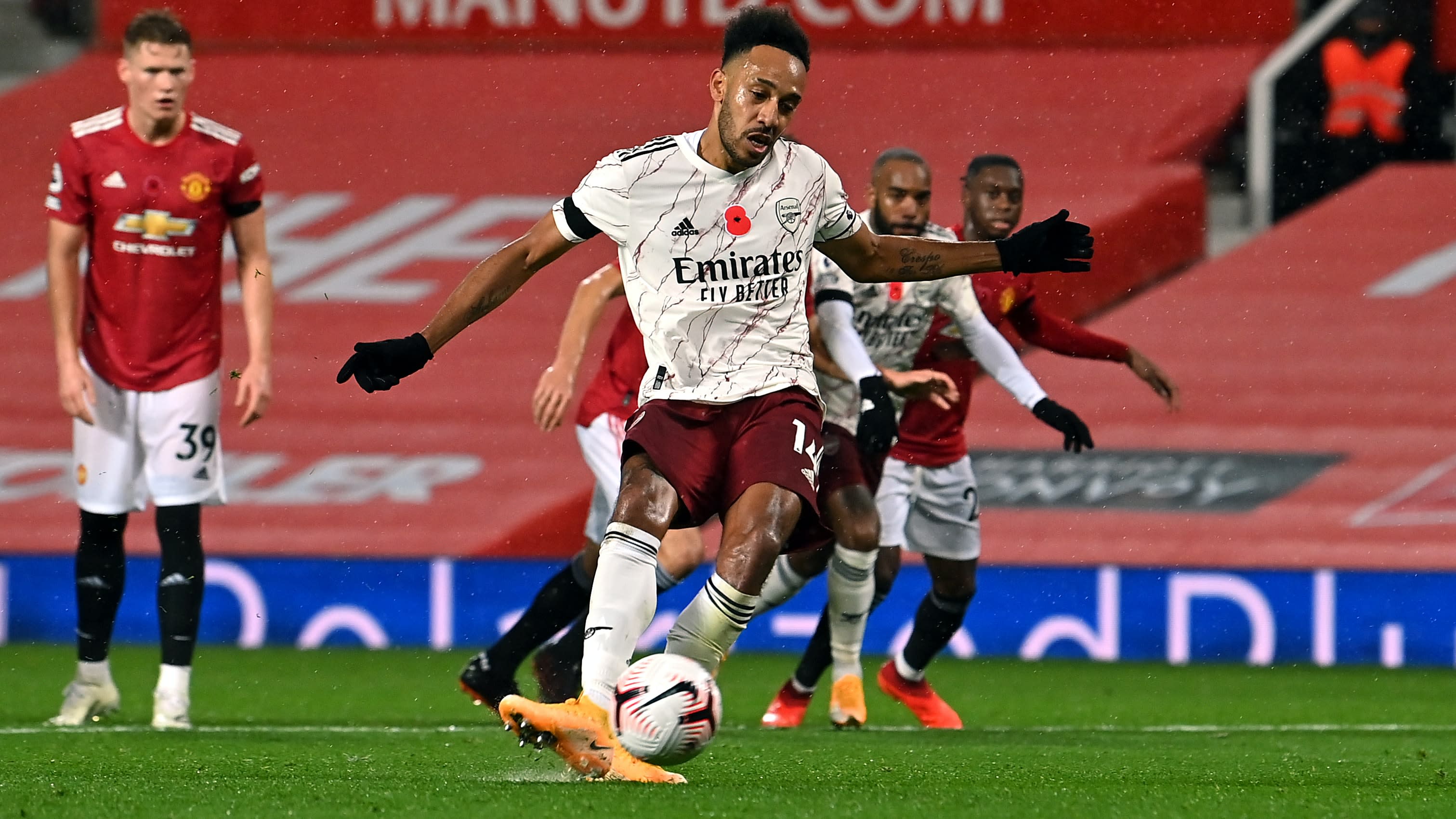 Ole Gunnar Solskjaer’s 100th game in charge ended in United’s first league loss to the Gunners at Old Trafford since 2006.

Aubameyang converted a penalty in the 69th minute after Paul Pogba fouled Hector Bellerin to secure victory, with United’s latest loss leaving them 15th in the table.

Gareth Bale was the match-winner for Tottenham as Jose Mourinho’s men saw off Brighton 2-1 in Sunday’s late game.

Harry Kane gave Spurs a 13th-minute lead from the penalty spot after referee Graham Scott’s original decision of a free-kick right on the edge of the area was overturned by VAR.

Brighton then had a penalty claim for a foul on Matt Doherty turned down on review – but were level after 56 minutes as the technology took their side.

Tariq Lamptey finished off a slick passing move and the goal stood despite claims of a foul by Solly March on Pierre Hojbjerg in the build-up.

Bale had not long been on the pitch when he headed in a cross from Sergio Reguilon after 73 minutes as Mourinho’s men moved into second place, two points behind Liverpool.

Earlier, Everton had missed the chance to go back to the top of the Premier League after a 2-1 defeat at Newcastle.

The Swede was beaten twice by Callum Wilson, who won and converted a 56th-minute penalty before turning in Ryan Fraser’s cross with six minutes left.

Dominic Calvert-Lewin scored in stoppage time to set up a nervy finale but Everton, missing the likes of playmaker James Rodriguez and suspended Brazilian frontman Richarlison, could not find a way back into the match.

In Sunday’s noon kick-off, Southampton won 4-3 at Aston Villa, with a double from midfielder James Ward-Prowse moving them up to fourth.

The visitors had a goal ruled out by VAR for a marginal offside call against Che Adams after only three minutes before Theo Walcott then struck the crossbar.

England international Ward-Prowse, celebrating his 26th birthday, set up Jannik Vestergaard to head in the opener on 20 minutes.

Ward-Prowse then curled a fine 25-yard free-kick into the top corner to make it 2-0 after 33 minutes before then drilling in another dead-ball special past Emiliano Martinez just before the break.

Danny Ings curled in Southampton’s fourth after 58 minutes, before Tyrone Mings pulled one back for Villa.

The home side reduced the deficit in stoppage time with a penalty from Ollie Watkins and Jack Grealish fired in another late consolation.