Enough of breaking down other mock drafts. It’s time to do our own!

The first edition of the 2021 Cleveland Browns mock draft is here. We’re going over every Browns pick in the draft, from the first-rounder at No. 26 overall to the final one near the end of the seventh round.

To help judge player availability at the spots, I used the mock draft simulator from The Draft Network to run five separate scenarios. If the player was available less than three times, they were eliminated from consideration.

Because we haven’t yet hit free agency, the Browns needs reflected here are the current ones. They could certainly fill some of the holes with veteran free agent signings, too.

With Olivier Vernon a pending free agent, the starting DE spot opposite Myles Garrett is a major priority for the Browns. Ojulari can step right into the role and thrive. Ojulari is a different kind of body type and athlete than Vernon or Garrett. He’s a sleek 240-pound speed rusher oozing with twitch and agility. Despite being lighter than normal for a 4-3 DE, Ojulari has real power behind his pads and can win on inside moves and sheds blocks quite well.

Newsome is a bit under the radar on the national scene, but he’s got both significant collegiate accomplishment and the physical tools to translate what he did for the Wildcats into NFL success. At a long-armed 6-1 and 192 pounds, Newsome has the optimal build for a modern NFL corner. He is instinctive and smart in coverage and uses his length adeptly. Newsome can change direction in an instant and has some impressive ball skills. He battled a couple of nagging injuries and won’t have the greatest top-end speed, but he’s not slow.

The Browns have two picks in the third round, and they are just two selections apart. It’s a golden opportunity to package the picks and trade up if they so choose, but in this edition we’re sticking with straight picks. No. 90

McGrone fits the bill of a swift-footed linebacker who can play on passing downs. He’s at his best working in the middle and attacking gaps between the tackles. McGrone is a naturally savvy blitzer and does have some man-coverage skills, with the quick-twitch athleticism to do more in the NFL than he did in Michigan’s predictable defense. No. 92

Thompson is a playmaker, forcing 19 takeaways during his three years as a starter for the Aztecs. He’s played all the roles the Browns would ask of him, including the heavy slot CB role. Thompson doesn’t have great size (listed at 6-0/200) and won’t win accolades for his run defense, but he has excellent instincts and quick reactions in coverage. Think of him as the anti-Sendejo…

The Browns also hold two picks in the fourth round, thanks to trades. Note that the actual slots here will change once the NFL releases the compensatory draft pick list.

Newsome brings excitement and sizzle to the slot receiver position. He’s lightning-quick in and out of breaks and has a bigger catch radius than expected for a 5-10 receiver. He also has some potential in the return game, where the Browns should be looking for more options.

Barnes brings versatility to the lineup. He played as a stand-up rush LB in 2019 and fared well, but Barnes really found his way as an off-ball backer in 2020. He’s got good chase-down speed and showed some better coverage in Senior Bowl practices than he demonstrated while switching roles at Purdue. He’s got the chance to blossom in 2-LB sets.

Empey is a good fit for the Browns outside-zone blocking scheme. He’s quick off the snap and engages targets on the move well. Empey won’t blow anyone away with his strength and he can get too upright in pass protection, but he’s got traits to work with as a reserve interior lineman.

One of the Browns “guardrails” is to continually seek out quarterbacks. The team is set with Baker Mayfield, but backup Case Keenum is not a long-term solution and the team doesn’t really have anyone else in the pipeline. Book has flashed legitimate playmaking ability with both his arm and his legs, though he’s also prone to getting himself into trouble by relying too much on one or the other. He’s got some ability to operate in the same way Mayfield does, but with less arm strength and less accuracy on shorter throws. If he can develop his anticipatory throwing and eye discipline–and those can be improved with NFL coaching–Book could become a solid backup for the Browns.

Jackson was productive for the Chanticleers thanks to his rock-solid build (6-2/265) and relentless energy and effort on every snap. He plays bigger than listed as a strongside rush end, very good at stacking and shedding blocks in the run game. There is a pleasant violence to Jackson’s hand usage. He’d go much higher in the draft if not for his misfit size, which probably limits him to No. 3 DE status in the NFL.

Ubisoft Looking at Free-to-Play Rather Than AAA | COGconnected 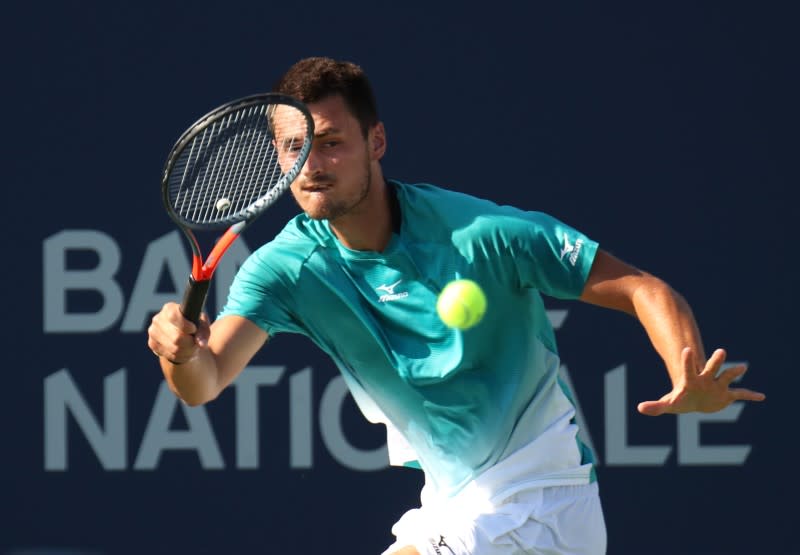 Tomic bows out in wonder at player he might have been