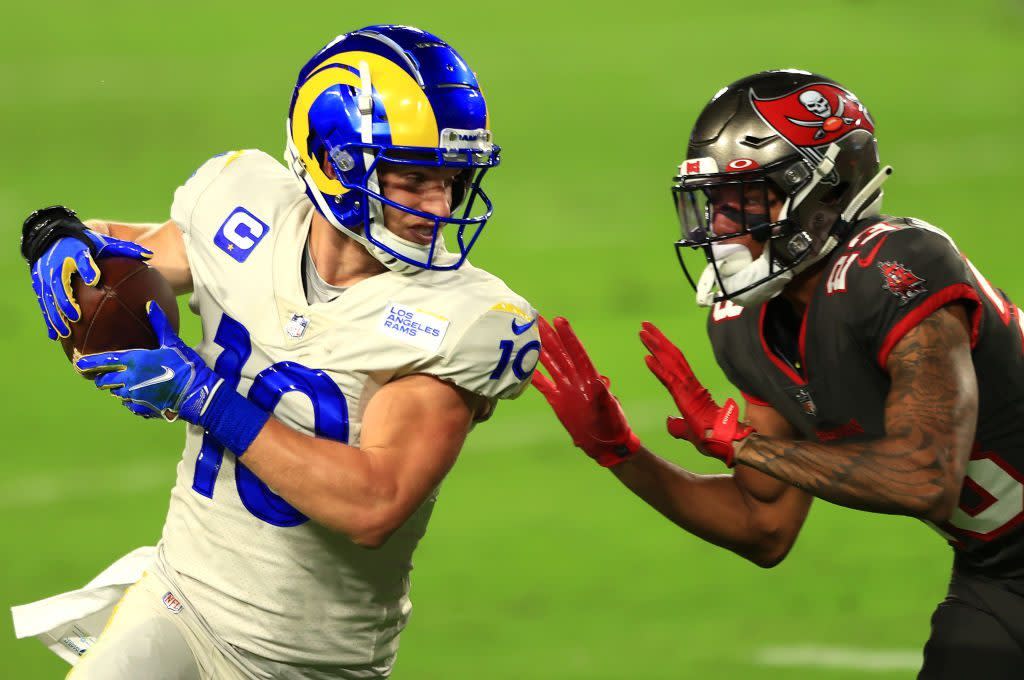 The Buccaneers and Rams have two of the best defenses in the league. The Rams rank first in yards allowed and the Bucs third.

The offenses, though, are showing them no respect.

The teams combined for 31 points and 355 yards in the first half, with the Rams taking a 17-14 lead into the locker room on a last-play, 38-yard field goal by Matt Gay. The Rams are 31-0 under Sean McVay when leading at halftime.

The Rams scored on three of four possessions, getting touchdowns from Robert Woods and Van Jefferson before ending the half with the field goal.

Tom Brady was 16-of-24 for 119 yards and a 9-yard touchdown pass to Evans, who did all the heavy lifting by carrying two Rams into the end zone with him the final few yards.

The Bucs have only 19 rushing yards and the Rams 5 as neither team was able to establish the run, though Leonard Fournette does have a touchdown run.

Gears 5: Hivebusters Review – Fire Up That Lancer One More Time

It’s Official: A KFConsole is on the Way

Moving Out Subverts Its Gameplay With Moving In Update | COGconnected