Skip to content
Home>>Sports>>Cyberpunk 2077 Gameplay Footage Released, Here’s All That You Need to Know

Cyberpunk 2077 has released its gameplay footage again ahead of its launch on December 10. The good news is that people who have their old yet gold Playstation 4 consoles will be able to experience the game probably better than players would on Playstation 5 since the game was made for PS4 in the first place. Here is all that the gameplay footage of Cyberpunk 2077 told us about the game.

Cyberpunk 2077 is an open-world, action-adventure story set in Night City, a megalopolis obsessed with power, glamour and body modification. You play as V, a mercenary outlaw going after a one-of-a-kind implant that is the key to immortality. You can customize your character’s cyberware, skillset and playstyle, and explore a vast city where the choices you make shape the story and the world around you.

Play as a Mercenary Outlaw

Live in the City of the Future

When is Cyberpunk 2077 Releasing?

Being one of the most hyped game of our times, Cyberpunk 2077 has seen many delays. As it should quite frankly cause this game will change what we have thought of gaming to be till now. As of now the date of release for Cyberpunk 2077 is set at December 10th. Hopefully that is the day it will finally arrive in the world for all of us.

Amid the Coronavirus Pandemic, a Battle Emerges Over Green Spaces 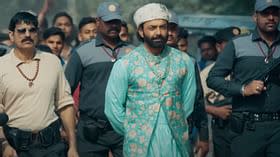