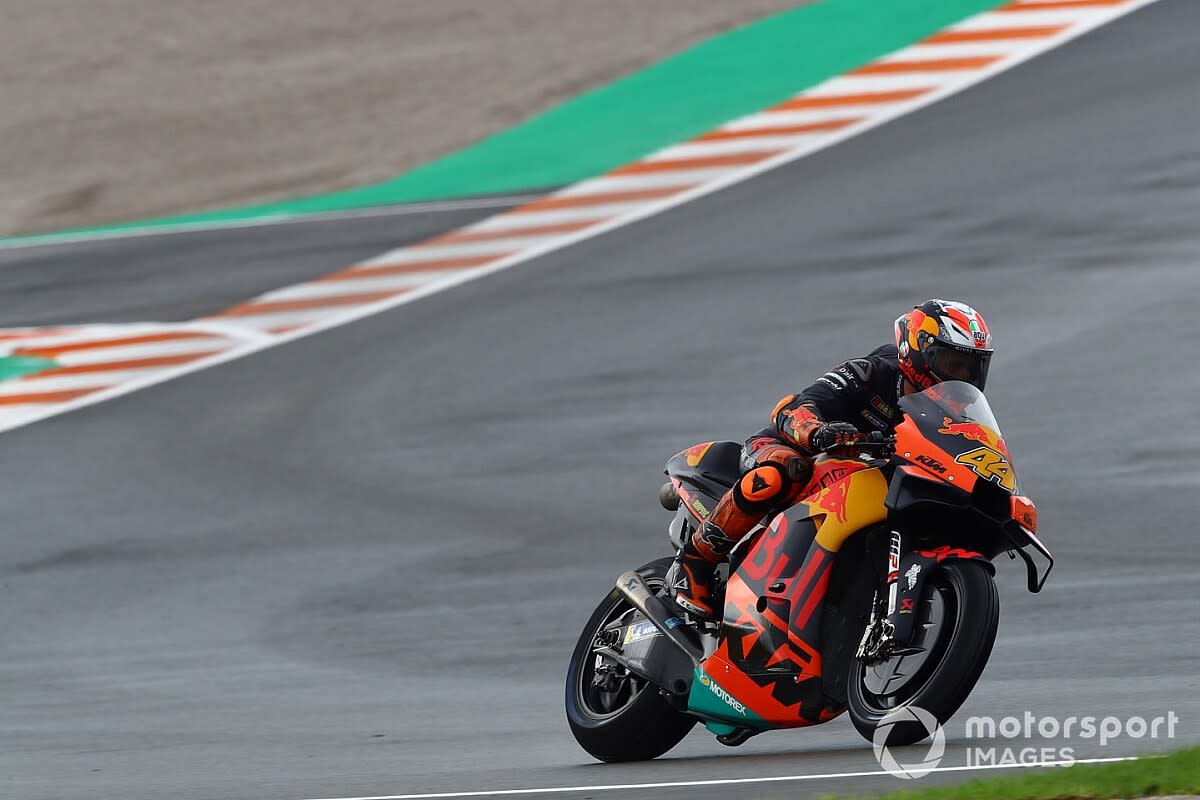 The Ricardo Tormo Circuit near Valencia was the scene of Pol Espargaro’s and KTM’s first-ever MotoGP podium in 2018 in a wet grand prix, with Espargaro edging Alex Rins by 0.041 seconds in qualifying for the first European GP since 1995.

Top spot continued to change hands as the track continued to dry out, though not enough for a switch to slicks.

Franco Morbidelli on the SRT Yamaha, LCR’s Takaaki Nakagami and Rins all traded provisional pole in the first runs in Q2, with the Suzuki prevailing with a 1m41.254s.

With just under six minutes to go, Nakagami guided his year-old LCR Honda to a 1m40.530s to go seven tenths clear of the field at that point – those his charge was halted with a crash at the last corner in the closing moments.

At the same time as the Japanese rider’s crash, Rins edged ahead with a 1m40.525s to return to top spot and set up Suzuki’s first pole since Catalunya 2015.

But KTM’s Espargaro lit up the timing screens on his final effort and produced a 1m40.434s to claim his second pole of the season.

Rins will start alongside as the leading member of the top six title contenders, with Nakagami holding onto the front row in third despite his crash.

Johann Zarco heads row two on his Avintia Ducati having come through Q1 ahead of Mir and Pramac’s Jack Miller, while Aleix Espargaro on the Aprilia qualified seventh.

Q1 pacesetter Miguel Oliveira on the Tech3 KTM could only manage eighth having topped Q1 and the wet FP4, with Teruel GP winner Morbidelli a disappointing ninth on his Yamaha.

behind KTM’s Brad Binder and the works Ducati of Andrea Dovizioso.

Dovizioso bizarrely aborted a lap which was set to put him at the top of the timesheets at the start of the session and never recovered.

Binder will have to serve a long lap penalty in Sunday’s race as punishment for his lap one collision with Miller last time out at Aragon.

ahead of teammate Alex Marquez.

fastest in qualifying on his Yamaha having crashed in FP4, but will start Sunday’s race from pitlane for exceeding his engine allocation for the season this weekend and fitting a sixth motor.

ahead of Pramac’s Francesco Bagnaia and the returning Valentino Rossi, who missed all of Friday’s running as he awaited the results of a COVID-19 test.

America’s iconic retailers fight for survival as pandemic rages on 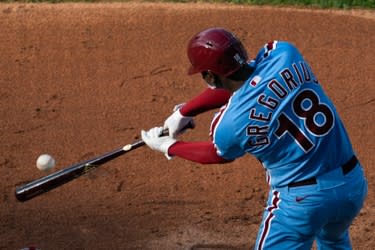 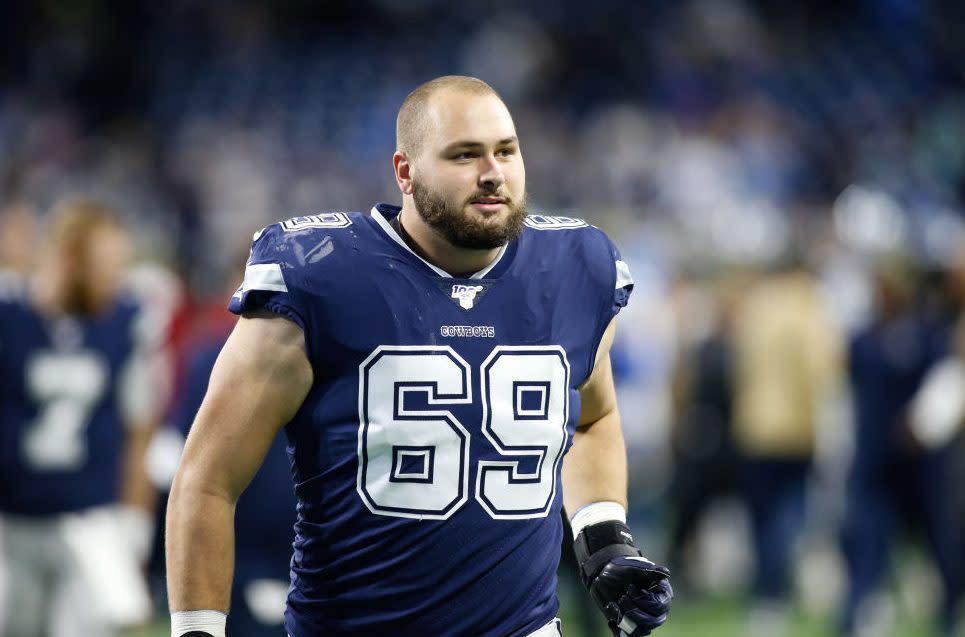