Skip to content
Home>>Sports>>Is Atletico Madrid vs Barcelona on TV? Kick-off time, channel and how to watch La Liga fixture 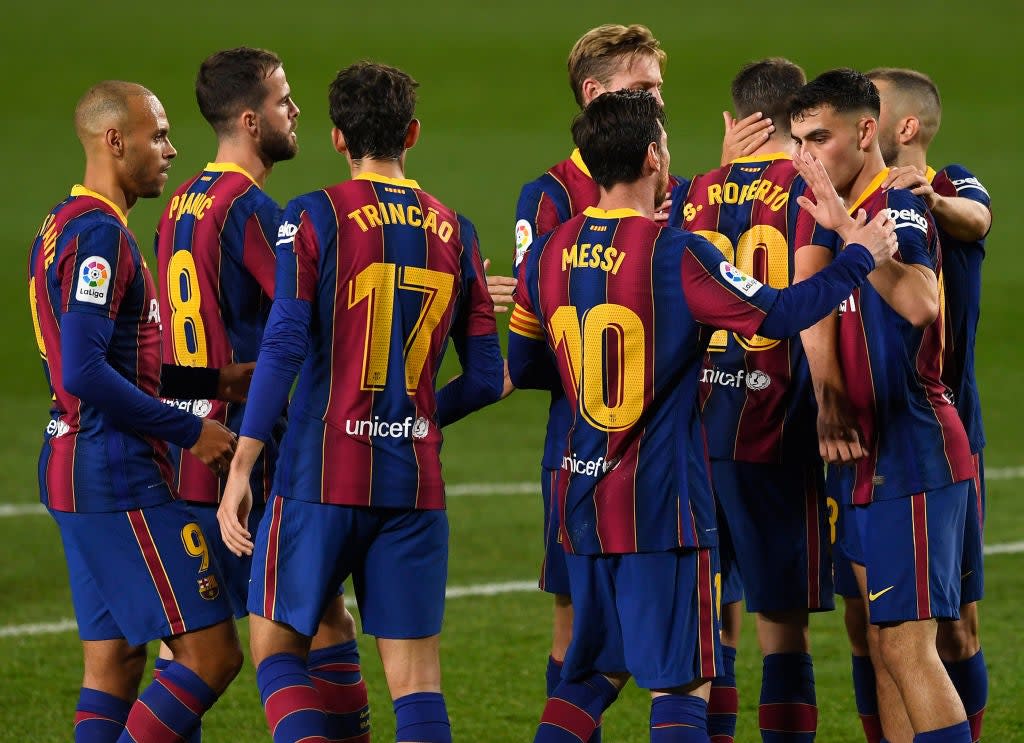 Atletico are third in the table on 17 points, three points behind leaders Real Sociedad with two games in hand.

Barcelona, meanwhile, are languishing in eighth with three wins, two draws and two defeats to their name so far this season, but thrashed 10-man Real Betis in their last outing and will be very much motivated for this clash against a fellow giant of Spanish football.

Here’s everything you need to know ahead of the La Liga fixture:

It will take place at Atletico’s Wanda Metropolitano Stadium.

How can I watch it?

The match will air live on La Liga TV via Premier Sports.

For subscribers, La Liga TV is available on Sky channel 435 and Virgin TV channel 554, and Saturday’s game can also be streamed live on the Premier Player as part of the Premier Sports pack.

What is the team news?

Former Barca striker Luis Suarez will miss the chance to take on his old club while self-isolating after contracting coronavirus. Fellow forwards Yannick Carasco and Vitolo are sidelined for an indefinite period due to injury, and right-back Sime Vrsaljko is a few weeks away from a return amid a knee issue.

Ansu Fati is a long-term absentee for Barcelona following a mensical laceration sustained before the international break, while centre-back Samuel Umtiti’s return date from a knee injury is as yet unknown. Sergio Busquets has been struggling with some ligament issues and is not expected to be fit in time for the game, while Philippe Coutinho and Ronald Araujo might just recover from their own injury troubles in time to be involved – but neither is expected to start.

Atletico are the form team heading into this fixture and should fancy their chances against a somewhat out-of-sorts Barca. The visitors still have quality in their ranks, however, were 5-2 winners over Real Betis last time out, and will want to make a statement here that they have not fallen as far as some observers would suggest. Atletico 1-1 Barcelona.

Suarez to miss Barcelona reunion after testing positive for Covid-19

Despite the Pixel Art, ‘There Is No Light’ Isn’t Your Daddies Action-Adventure