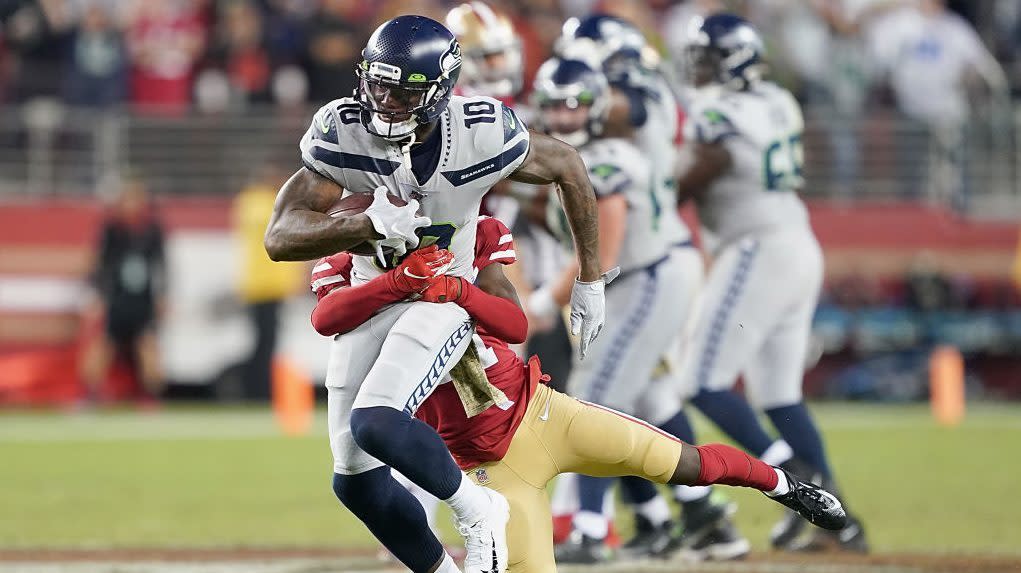 Wide receiver Josh Gordon has been added back to the 53-man roster of the Seattle Seahawks after he was preliminarily reinstated from his indefinite suspension earlier this month.

Fellow wide receiver Penny Hart was waived to clear a spot for Gordon’s addition to the roster.

Gordon is returning to the team after an indefinite suspension that was eventually made a de facto one-year suspension. He was suspended last December for violations of both the substance-abuse and performance-enhancing drugs policies. Gordon’s attorney gave a statement that he relapsed following the death of his brother last November.

Head coach Pete Carroll said Monday that the plan is to get Gordon into action this weekend against the Los Angeles Rams.

“Really we got to get him on the practice field and see what he looks like and all,” Carroll said. “He’s been working out really hard. I’ve been able to watch his workouts on video a couple times here to see that he’s in really good shape. He’s really big and strong too so we’re excited to see how he does. We’re planning the week like he has a chance to contribute so we’ll see. A whole lot of good hope and thought and we’ll see where it fits.”

Gordon has been permitted to workout with the team over the last two weeks after clearing COVID-19 intake testing. His first day eligible to practice will be Wednesday.

The Seahawks claimed Gordon off waivers from the New England Patriots last November. He appeared in just five games for the team before the suspension and caught seven passes for 139 yards during his time with the team.

“I’m anxious to see how he fits in,” Carroll said. “He’s a really impressive athlete, big kid, you know, and moves so well and so gracefully. I’m anxious to see how he looks quickness-wise with everybody else. Last year he jumped in and it was immediately obvious that he could compete. I’ll be surprised if he’s not like that because his workouts have looked so good, but we’ll see what happens.”

Hart appeared in 11 games for Seattle this season primarily on special teams. He caught one pass for three yards on his only target.

A security guard biked more than 3 miles to return a woman’s lost wallet. Now, his community is raising money to buy him a car

Injuries and blowouts steal the show

RB Markese Stepp lands at Nebraska after transfer from USC