Looking back at Michigan State football’s unexpected by week and looking ahead to the Spartans’ home game Saturday against Northwestern.

Game off: MSU had its first game canceled during the pandemic since the Big Ten reinstituted the season when Maryland’s COVID-19 outbreak continued into the second straight week. It was the first in-season disruption to the Spartans’ schedule since their game against Missouri the week of 9/11 got postponed until after the Big Ten regular season ended in 2001. MSU-Maryland was one of 18 Football Bowl Subdivision games canceled or postponed this week.

Ultimatum time: First-year MSU coach Mel Tucker delivered a strong message to his players via his weekly press conference Tuesday after being outscored, 73-7, the past two games, challenging them to buy in with his program’s demands and work hard or leave. The Spartans have had five players opt out for concerns over COVID-19 — including two recently — and two others enter the NCAA transfer portal this week in linebacker Marcel Lewis and running back Anthony Williams Jr. Though Tucker said he feels effort has not been and significant issue, his message was clear.

MEL TUCKER’S EDICT: Give effort or get out

Chance to reflect: Tucker said during his radio show on Thursday after the Maryland game was canceled that the week off was critical for “a little rest and recovery” to help with some injuries. The Spartans did not practice that day before returning Friday to begin preparation for Northwestern, then working out again Saturday and Sunday with a focus on technique and fundamentals. In its loss to Indiana, MSU had three starters in the secondary — safety Tre Person and cornerbacks Chris Jackson and Kalon Gervin — missing, as well as tight end Matt Dotson, center Matt Allen and receiver Tre Mosley.

Know the foe: The Wildcats, 3-9 a year ago, are both the turnaround story of the Big Ten and one of the surprises nationally after Saturday’s 17-7 win over then-No. 12 Wisconsin in Evanston, Illinois. Northwestern picked off the Badgers’ Graham Mertz three times and forced five total turnovers while limiting Wisconsin to just 366 total yards. The Wildcats are winning with defense. They rank fourth in the Football Bowl Subdivision by allowing just 12.6 points per game, and they boast the nation’s best defensive passing efficiency ratio. Coach Pat Fitzgerald’s defense allows just 314.6 yards to rank 15th, giving up the 13th-fewest rushing yards at just 100.6 per game while being led by senior linebackers Blake Gallagher (48 tackles) and Paddy Fisher (46). Sophomore defensive end Eku Leota has four of the Wildcats 10 sacks. Offensively, the resurgence started with Indiana graduate transfer quarterback Peyton Ramsey, who went 23-of-44 for 203 yards with two TDs on Saturday. They average just 336.4 yards per game, which is 106th nationally, but their 31:18 time of possession is 42nd. MSU had lost four of the previous five meetings with the Wildcats until last season’s 31-10 road win.

Turnover turmoil: MSU is among the nation’s worst at turnover margin, partly because the defense is struggling to force them and partially because the offense keeps giving the ball away. The Spartans entered Saturday ranked 125th out of 127 teams at minus-2.25 turnovers per game, having given the ball away 14 times (eight interceptions, including six fumbles lost). Northwestern ranks fifth in the nation at 1.60 per game, picking off 11 passes and recovering four fumbles while giving it away on offense just seven times.

GIVE ME FIVE: Why Mel Tucker’s defensive scheme relies on nickel back

Different Thanksgiving: Tucker said the Spartans would remain together to prepare for Saturday’s game like a normal week despite Thanksgiving on Thursday. “We’ve already told the players Thanksgiving, because of the COVID situation … this year is gonna be basically a Power Point in a team that says Happy Thanksgiving with a turkey on there,” he said. “And then we’re gonna keep rolling.”

QB 1, take 2: Tucker said Thursday both incumbent junior starter Rocky Lombardi and redshirt freshman backup Payton Thorne were having good weeks of practice coming off a 24-0 loss to Indiana that was MSU’s first home shutout defeat in 35 years since getting blanked by Michigan in 1985. It remains unclear if Tucker will stick with starting Lombardi after pulling him after two more interceptions vs. the Hoosiers, bringing his season total to seven this season. Thorne moved the offense but didn’t find the end zone, and Tucker said it was a mixed bag for both QBs.

This article originally appeared on Detroit Free Press: Michigan State football: What to watch vs. Northwestern after off week

Analysis: Donald Trump has left the world stage. Few will miss him 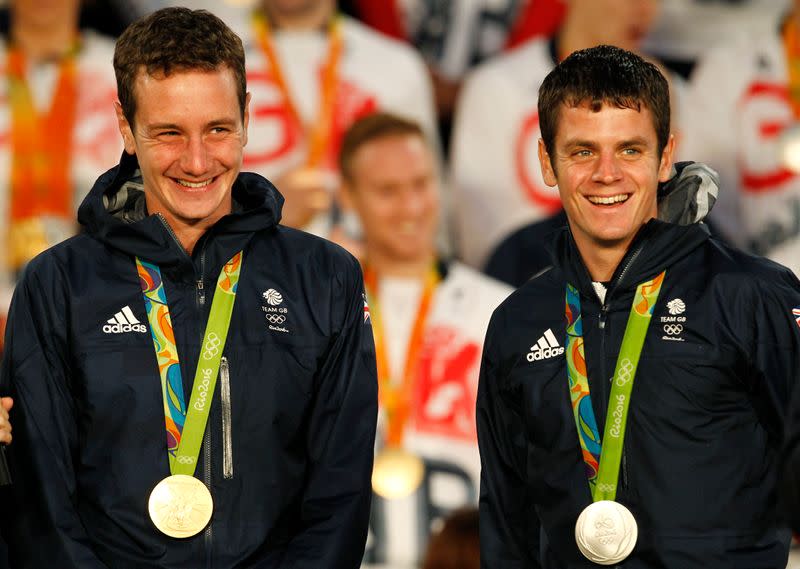