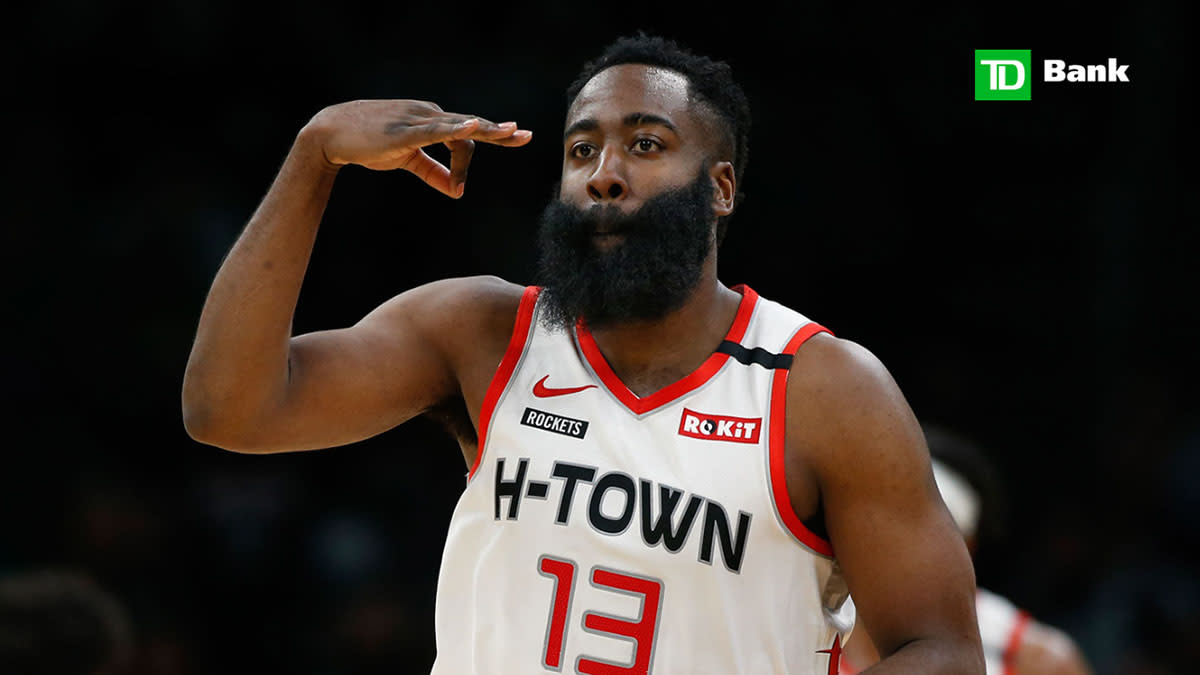 The 2020 NBA Draft will take place Wednesday and the trade rumor mill is in overdrive with a few hours remaining until the first round begins.

One of the best players involved in trade rumors is Houston Rockets superstar guard James Harden.

Harden reportedly would like to go to the Brooklyn Nets and team up with Kyrie Irving and former teammate Kevin Durant. The Boston Celtics reportedly have “no interest” in trading for Harden.

Unfortunately for Harden, he’s not a free agent, so he can’t force a move to the Nets at this time. It’s also unclear if the Nets can even come up with a package good enough for Houston to consider sending Harden to Brooklyn.

According to ESPN’s Tim MacMahon, the Rockets’ asking price in a Harden trade includes, “A proven, young star as a centerpiece along with a massive picks package, according to sources. Houston does not feel obligated to deliver Harden to the Brooklyn Nets, his preferred destination, sources said.”

It’s hard to fault the Rockets for taking this type of stance.

They gave up a ton of draft capital to acquire guard Russell Westbrook in a trade with the Oklahoma City Thunder last year. Any potential Harden trade is an opportunity for Houston to restock its collection of draft picks, which the team started to do earlier this week by reportedly acquiring multiple first-round picks in a deal that sent Robert Covington to the Portland Trail Blazers.

There aren’t many players in the league worth giving up a young star and a boatload of draft picks to acquire, but you could make a strong case that Harden is one of them.

The 31-year-old guard has led the league in scoring three consecutive seasons, during which he’s averaged more than 30 points per game each time. He’s also a good 3-point shooter, an excellent free throw shooter and hasn’t averaged fewer than seven assists per game since 2013-14.

Harden is the best pure scorer in the league. He’s also very durable.

One of the concerns for a team trying to acquire Harden is his contract. It’s among the largest in the league with a salary over $40 million for the next two seasons, plus a player option for 2022-23 worth about $47.3 million, per Spotrac. His next contract might look pretty bad if he doesn’t continue to be an elite scorer into his mid-thirties.

Harden changing teams has the potential to significantly alter the balance of power in the league, which is why he will be one of the most interesting names to follow on draft night and beyond.

Even More Hints at a Silent Hill Reboot Drop