A limited number of fans will be allowed to attend all NCAA Tournament games, officials revealed on Friday.

The tournament, which runs from March 18 through the championship game on April 5 at Lucas Oil Stadium in Indianapolis, will allow up to 25 percent of capacity, which includes staff, players and family as well as fans.

The statement also says the venues will require physical distancing and face coverings.

“We continue to use the knowledge we have gained over the season on how to conduct games in a safe environment,” NCAA president Mark Emmert said.

As previously announced, the entire tournament will be in Indiana, centered in Indianapolis. Teams will be staying near the Indiana Convention Center, where they will also practice.

“After the cancellation of the 2020 tournament, we are happy to welcome some fans back to all rounds of the Division I Men’s Basketball Tournament,” said Dan Gavitt, NCAA senior vice president.

After Selection Sunday on March 14, the First Four games are scheduled for Thursday, March 18 at Mackey Arena in West Lafayette and Simon Skjodt Assembly Hall in Bloomington.

The rest of the games will be played at Indianapolis venues Bankers Life Fieldhouse, Hinkle Fieldhouse, Indiana Farmers Coliseum and Lucas Oil Stadium, along with Mackey Arena and Assembly Hall.

Indiana University has said it will allow 500 spectators for games at Assembly Hall.

The Final Four will be held at Lucas Oil Stadium from April 3-5.

Russia Is Offering to Export Hundreds of Millions of Vaccine Doses, but Can It Deliver? 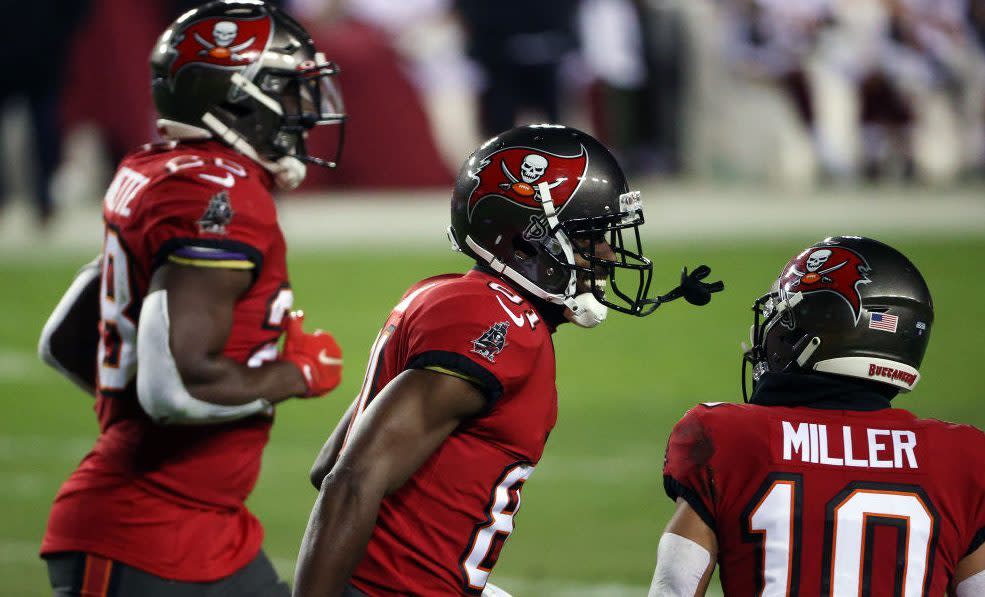 Washington hanging with Bucs, down 15-7