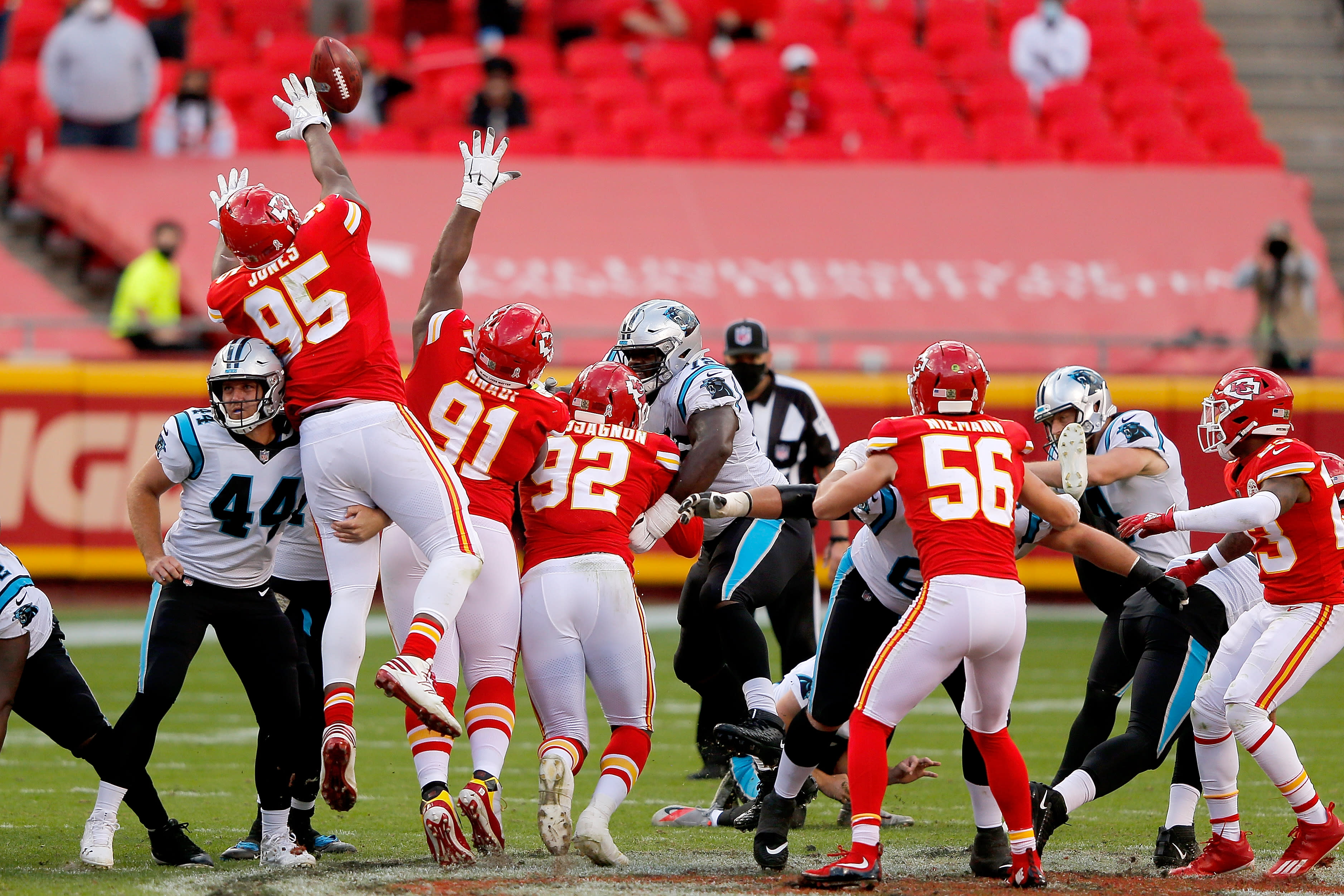 Christian McCaffrey’s return to the lineup boosted the Carolina Panthers, and Teddy Bridgewater had his best game of the season.

But when the Panthers were down to their final chance to surprise the Kansas City Chiefs at Arrowhead Stadium on Sunday, Carolina head coach Matt Rhule called for a 67-yard field-goal attempt to win it.

Kicker Joey Slye’s try from 67 — which would have been the longest in NFL history — had the length but went wide right in the Chiefs’ 34-32 victory.

it was the Panthers’ fourth loss in a row and the Chiefs’ fourth win in a row.

The Panthers played with a nothing-to-lose approach in the game, and it was close throughout. They took a 14-6 lead in the first half and led 17-13 at halftime.

Bridgewater completed 37 of 48 passes for 310 yards and two touchdowns, as well as running for a score in the fourth quarter that cut into the Chiefs’ nine-point lead.

The Panthers actually outgained Patrick Mahomes and the Chiefs, 435 yards to 397, and rang up 30 first downs, tying their season-high mark.

Shorthanded on defense, the Panthers struggled to contain Mahomes — 30 of 45 passing, 372 yards, four TDs — even while the kansas City run game was held to 30 yards on 12 carries. Tyreek Hill caught two TDs, and Travis Kelce had 10 grabs for 159 yards.

A short pass to McCaffrey didn’t gain any yards, and it took five seconds off the clock. The Panthers threw once more to McCaffrey to make it a shorter try, but the pass was incomplete.

Should Rhule have kept the offense on the field for a Hail Mary?

Instead, he opted for the kick that would have been three yards longer than Matt Prater’s 64-yard record — and on the 50th anniversary of Tom Dempsey’s 63-yard record breaker that stood for more than 43 years before Prater broke it in 2013.

Slye had hit a 47-yarder with ease earlier in the game. He’d hit 19 of 22 FG tries this season, and his career long was 55 yards, although Slye just missed a 65-yard attempt two weeks ago.

According to Twitter reports during pregame, Slye was hitting on tries 60 yards and longer. He also was short on a field-goal try from — yep — 67 yards in college back in 2015.

But the attempt that counted in this game was pushed right. But Slye had the leg for it.

Should Rhule have had Bridgewater uncork one? Or was turning it over to Slye’s big leg the right call?