The co-op, competing at the state girls hockey tournament for the first time, knocked off defending champion Central Wisconsin and the Cap City Cougars en route to its first state title.

Nine members of this year’s squad played on that team as freshmen. The emotions that flowed after the final buzzer are still vivid.

“I was more of a grinder, didn’t really get full-time play, but it still meant everything,” Stars forward Paige Rodriguez said. “I wanted that feeling for everyone else. I would love to give the underclassmen that feeling that I got freshman year. That’s carried me through all four years. It’s something to work for.”

This week, Rodriguez and her classmates, now senior leaders, have the chance to pass on those championship vibes. The Stars earned the top seed in this year’s state tournament, with their journey beginning on Wednesday in Chippewa Falls with a semifinal battle against the University School of Milwaukee. Win, and ECA advances to Saturday’s title bout in Wisconsin Rapids.

“Since we went when the seniors were freshmen, it’s really something special to be back here again as seniors,” forward Madison Schwengler said. “I think it just makes it extra special.”

ECA needed to survive one of the wildest games you’ll ever see to keep the dream alive. The Stars looked in control when they went up 2-0 early in the sectional final against Wisconsin Valley Union, and then again when Paige Ruppert scored a go-ahead goal with 23 seconds remaining in regulation to break a 4-4 tie. Their foes weren’t keen on backing down, though, forcing an extra frame with an unlikely equalizer at the six-second mark.

“The nerves were definitely there for all of us,” Schwengler said. “In overtime we just knew we had to give it all we had.”

Schwengler played hero for the bunch, scoring from between the circles seven and a half minutes into overtime. Now, ECA is the favorite among the last four standing.

University School is 15-3, advancing to the state tournament as the No. 1 seed in its sectional with victories against the Warbirds and Arrowhead. ECA typically plays the Wildcats once a year at a tournament in Mosinee, but that wasn’t staged this year amid the pandemic. The Stars won the last meeting between the teams 4-1 on Nov. 30, 2019.

Despite the seeding, the Stars know they can’t overlook their foe. University School ended its regular season with a 2-0 win against Fox Cities, ranked No. 1 in the state in the latest WIPH/Coaches Girls Top Six. The Wildcats can hang with the best.

“We’ve had an opportunity to look at a few things on film as far as what they do,” ECA coach Tom Bernhardt said. “They’re a good hockey team, they’re a quick hockey team and a team that’s obviously capable of winning the whole thing.”

Chippewa Falls/Menomonie will play Central Wisconsin in Schofield in the other semifinal.

Rodriguez said those who were on the team three years ago — herself, Schwengler, Ruppert, Jaiden Ivey, Kami Krumenauer, Ally Wagner, Kalie Gruhlke, Ryele Pyykola and Naomi Stow — should benefit from their experience, both at the state tournament and with each other.

“Those nine girls, we’ve all grown up together,” Rodriguez said. “We’ve never not played together. It is incredible to still be playing with them. To be the talent that we are is because of each other. We’ve pushed each other to get to this point. I can’t wait to get back (to state) and play with them.”

The 2018 team was praised for its depth, something that squad has in common with this year’s group. The Stars had five players notch double-digit points in the regular season, led by Rodriguez with 24, and 10 score goals.

“I couldn’t ask for a better way to close it out,” Rodriguez said. “Especially with the way the year has been, it has definitely put some adversity into our lives, made it much harder for us. Being able to cap off something with a state championship would the greatest feeling that we could ever experience. It would just be good to see all of our hard work pay off.”

Back spasm to blame for Australian Open exit: Dimitrov 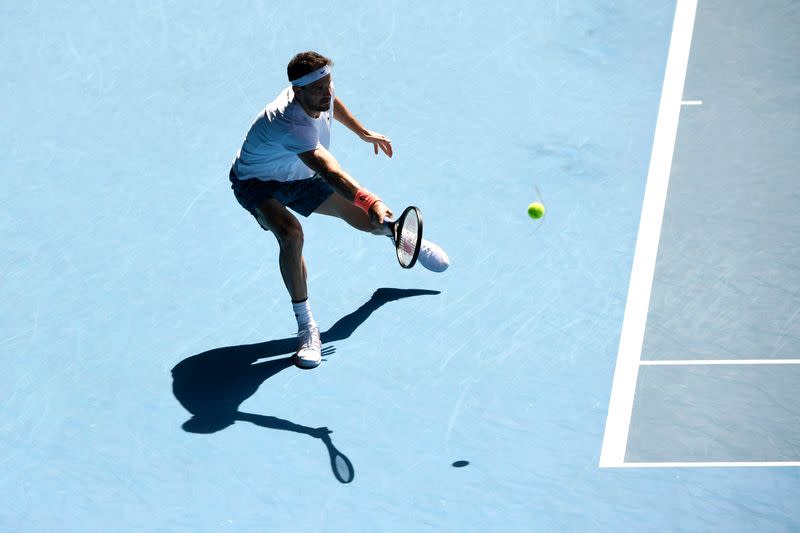 EV charging to solar panels: How connected tech is changing the homes we live in

PlayStation 5 + Xbox Series X Restocks Are Here, but Not for Long

New Among Us Update Arrives, Devs Reveal What’s Coming Next