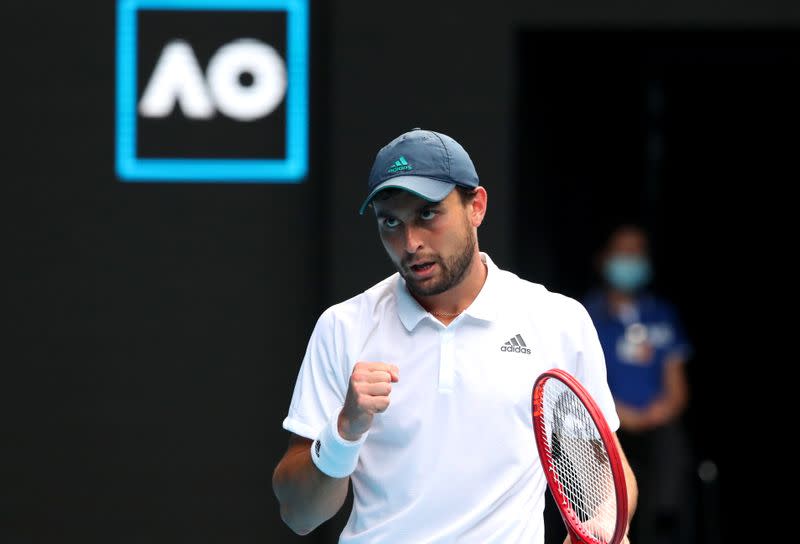 MELBOURNE (Reuters) – Aslan Karatsev continued his sensational run at the Australian Open into the semi-finals on Tuesday when he stunned Grigor Dimitrov 2-6 6-4 6-1 6-2 to become the fifth qualifier to reach the last four of a men’s Grand Slam in the open era.

The world number 114 regrouped after an error-filled opening set to add the 18th seed to his list of upset victims at Melbourne Park and set up a clash with Novak Djokovic or Alexander Zverev for a place in the final.

Dimitrov looked shell-shocked as the Russian tightened up his game and pounded howitzer shots over the net — faltering on serve and wandering around the Rod Laver Arena court listlessly in the 30 degree Celsius heat.

The 29-year-old Bulgarian took a medical timeout for treatment on his back after losing the third set but Karatsev would not be denied as he became the lowest-ranked player to reach a Grand Slam semi-final for two decades.

What happened to Anthem? The blockbuster game that failed to find a community