Jake Arrieta, the 2015 Cy Young Award winner and key member of the 2016 Cubs rotation, is nearing a deal to return to Chicago this season, according to MLB Network’s Jon Heyman and other reports.

The Cubs and Arrieta are closing in on a one-year deal, according to The Athletic‘s Ken Rosenthal, which is expected to be valued between $6.5 and $7 million, per ESPN’s Jesse Rogers. Arrieta had higher offers from other franchises, but turned them down in favor of a reunion with the Cubs, reported Heyman.

Arrieta was traded to the Cubs from the Orioles in July 2013 and completely changed the trajectory of his career. Over five seasons in Chicago, Arrieta emerged as one of the best pitchers in baseball after struggling for four years in Baltimore.

He followed up his career-best season by going 18-8 with a 3.10 ERA in 2018 and pitching the Cubs to their first World Series championship in 108 years.

Arrieta is also one of three Cubs pitchers to throw multiple no-hitters. His first came on Aug. 30, 2015, in a 2–0 win over the Dodgers in Los Angeles. Less than a year later, on April 21, 2016, Arrieta silenced the Reds at Wrigley Field for his second career no-hitter. The Cubs won that game, 16–0, and current Chicago manager David Ross was Arrieta’s catcher for that game.

The Cubs finished first in the NL Central last year with a 34-26 record, but lost in the NL Wild Card Series (2–0) to the Marlins.

Brexit lorry chaos avoided as freight flows ‘back to normal’ 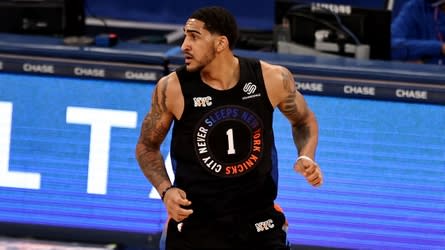 Awesome Deals to Keep you Gaming Long Into the New Year

A New Mass Effect is In the Works