Yes, 2020 is a hell of a drug. But this is reality. The Big Ten has encapsulated the year’s theme quite well. What’s this year’s theme? Chaos. Disaster. Bizarre. Pick any of them. We’ve had Halloween week hurricanes, wildfire tornadoes and a worldwide pandemic, not to mention the death of one of basketball’s greats, Kobe Bryant.

Let’s not be too dramatic, though. The Big Ten’s chaotic start has nothing on any of that. But it does have chaos, only two weeks in. A few days ago, Big 12 commissioner Bob Bowlsby, always one for a good quote, predicted that COVID’s impact on the season would mean that “traditional losers would be winners and traditional winners would be losers.”

Woo, boy, was he right. The basketball-playing smart schools are undefeated while the likes of Iowa, Penn State and Minnesota (a preseason darling) are sitting winless. Michigan State beat Michigan a week after losing at home to Rutgers, Northwestern stormed back from a 20-0 hole to keep Iowa winless, and on Friday night, Maryland—Maryland!—beat Minnesota in overtime.

In the nightcap, we finally got some normal: Ohio State won big. The Buckeyes buried the Nittany Lions, 38-25, beneath 526 yards of offense.

The Big Ten is already beating one another up and making it quite clear that Ohio State is the best team in the league by a mile. But have no fear! Another conference is soiling itself too. The Big 12 lost its last unbeaten team on Saturday when Texas beat Oklahoma State in a good, old-fashioned Big 12 shootout. The ACC hung on for dear life Saturday as Trevor Lawrence-less Clemson, the league’s only unbeaten (not counting Notre Dame!), survived a scare from Boston College. Over in the SEC, Alabama thumped Mississippi State to stay on course for the impending ninth SEC title of coach Nick Saban’s career.

But back to the Big Ten.

Have you seen this play from Rutgers in a loss at Indiana? Because it’s about as exciting as anything Rutgers has produced in quite some time.

Sparty provided one of the biggest upsets of the day, downing the Wolverines to send Harbaugh’s record to 1-6 in home games against MSU and Ohio State (woof). Rocky Lombardi became the first Michigan State quarterback to throw for three TDs on the road against a ranked opponent since Drew Stanton in 2005! And he only had 17 completions!

In other news, Coastal Carolina plowed through Georgia State to continue their undefeated run, and Auburn slapped around LSU in a 48-11 game that served as Ed Orgeron’s worst loss as the Tigers’ coach (it was the school’s worst loss since 1996!). Oh yeah, and Florida coach Dan Mullen arrived to his virtual news conference in a Darth Vader Halloween costume.

OK, now on to our Top 10, where, remember, only those teams that have played a game are eligible.

The Jaylen Waddle-less Crimson Tide seemed just fine against the sinking pirate ship that has been Mississippi State under new coach Mike Leach. Alabama had a running back over 100 yards, a receiver over 200 and a quarterback that came nine yards from 300. WR Devonta Smith made everyone forget about Waddle’s season-ending injury last week, catching 11 passes—four of them touchdowns—for what appears to be the country’s most complete team.

The Tigers needed a valiant second-half effort from their defense and a stellar starting debut from true freshman QB D.J. Uiagalelei to survive a scare from a pesky BC team that led 28-10 at halftime. The Eagles didn’t score again, and Uiagalelei threw for 342 yards and two touchdowns while running for another in replacement duty for Trevor Lawrence, sidelined with COVID-19 for this week and next weekend’s game at Notre Dame. And now begins the week-long hype for, thus far, the second-biggest game in college football (only behind Georgia-Alabama).

QB Justin Fields continued his marvelous start to the year. Through two games, he’s 38-for-55 for 594 yards and six touchdowns. With Lawrence missing at least two games, Fields is quickly ascending the Heisman Trophy odds ladder. Meanwhile, the Buckeyes are well on their way to running the Big Ten table.

It wasn’t pretty (is it ever with Notre Dame?), but the Irish zipped past a struggling Georgia Tech team to set up the undefeated showdown with Clemson. Can ND, with all its flaws, knock off Clemson without Lawrence? QB Ian Book and Notre Dame’s passing attack will need to play close to perfect, and that Irish defense, top-10 nationally, must mitigate big plays.

The Bulldogs have problems. Sure, Kentucky’s defense has played well all season, but Georgia has an offensive issue that probably needs fixing before a game next week against Florida and its explosive offense. QB Stetson Bennett threw two interceptions, no touchdowns and completed just nine passes. Georgia scored touchdowns on the opening drives of the first and second half and turned up nothing the rest of the way: two picks, a missed field goal and two punts.

We have a new, fancy Group of 5 darling. Move aside, BYU, UCF and SMU; the Bearcats are humming toward an undefeated season. Cincinnati possesses one of the best defenses in college football this year, holding opponents to around 300 yards a game. Memphis entered Saturday’s game with the fourth-best offense in the nation, having averaged 548 yards per game. The Tigers had 319 against Luke Fickell’s bunch.

Welcome to the Top 10, Aggies. A&M followed that big win over then-top 10 Florida with a trouncing of coach Sam Pittman’s squad. QB Kellen Monday was impressively accurate, hitting 21 of 26 attempts and running for 32 more yards. The Aggies still have a long way to go, but they could conceivably run the table. They’d currently be favored in all but maybe one game (at Auburn).

The Cougars don’t show signs of slowing down. QB Zach Wilson and the BYU offense is averaging more than 500 yards per game and 40 points. They’ve got their toughest test of the season next Friday on the blue field.

Dan Mullen and his Gators came off a two-week quarantine to pound the Tigers in a rescheduled game because of UF’s COVID-related issues. Florida appears to still be the same electric team that we saw before they stumbled at Texas A&M and then encountered the virus. Kyle Trask blistered MIzzou for 345 yards and four touchdowns.

What is Movember or NoShavember anyway? 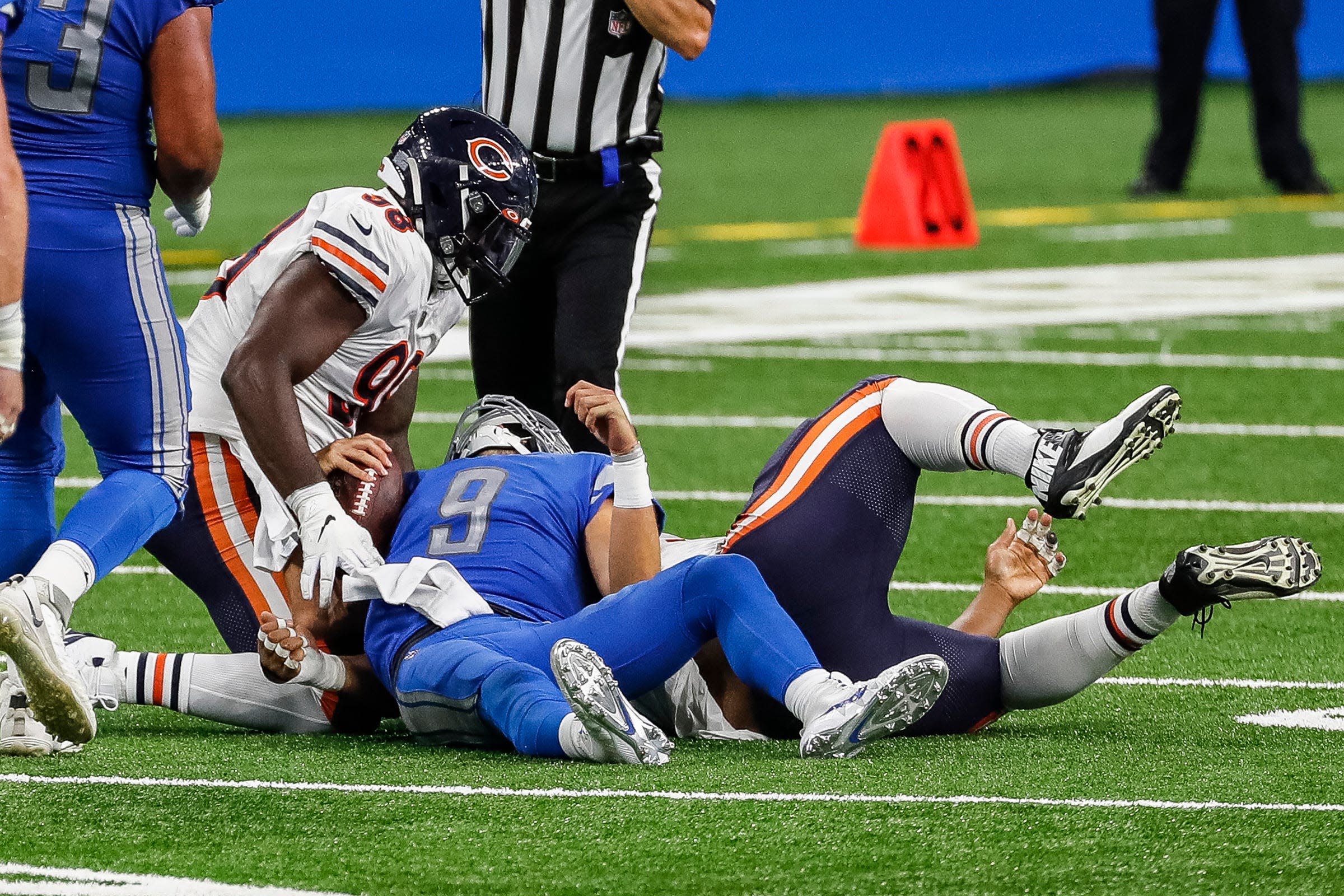 Detroit Lions’ latest meltdown made me want to punch my laptop

You Can Now Pet the Dog in Exit the Gungeon, Oh and There’s Other Less Important Updates

England vs Pakistan: Inzamam-ul-Haq Says Azhar Ali’s Captaincy “Could Have Been Better” Against England | Cricket News