Skip to content
Home>>Sports>>The Last of Us Part 2: Birth of the Rat King | COGconnected

Based on a Horrifying True Phenomenon

Fun fact: controversial hit The Last of Us Part 2 based its zombie virus on a real thing. The cordyceps fungus? Actually exists, and does create real life zombies out of insects. So really, it’s not that much of a surprise to learn that one of the most horrifying variations of infected TLoU2 has to offer is also inspired by a very real thing. Rat Kings date back to a sighting in the 1500’s, when “servants in Antwerp, Belgium discovered seven rats with knotted tails tied together”. Since then, there have been multiple documented sightings of these conjoined rats, and with no concrete explanation for what’s going on and how it happens, Rat Kings are the perfect fodder for horror stories. This is where Naughty Dog comes in.

Anthony Newman, co-director of The Last of Us Part 2, said that “Even during development of the first game, we were thinking about what two infected stuck together would look like. … Visually, it was just a really exciting idea.”

This image was the root of the horrifying enemy faced by Abby in-game. Naughty Dog did make attempts to fit the Rat King into Joel and Ellie’s original journey, but couldn’t find a good place for it. Several years later, the studio needed a fearsome enemy for Abby to overcome in a trial by fire moment, and the Rat King resurfaced–this time, to stay. Co-director Kurt Margenau put it like this: “She’s gone through all of these trials: Overcoming her fear of heights climbing to the sky bridge, fighting through hordes of infected on the way down, and coming out the other side thinking the worst was over – only to be thrown right into this nightmare boss fight.”

When you put it like that, it really does seem fitting. You know what’s even more fitting? All the details that went into making the Rat King as horrifying as possible. A monster like this should be as monstrous as the designers can make it, after all. Sound designer Beau Anthony Jimenez and animation director Jeremy Yates were two of the many people who poured hours of work into bringing this anomaly to life. “I knew that if I finished all the other infected sound design first, I could use those assets as layers in my final vocal designs of the Rat King,” said Jimenez. “It wasn’t until quite late in production where I went all-out on fleshing it out and finalizing its sound.”

Behind the moment: Ratking reveal

The original plan was for the Rat King to be introduced through a jump scare, but Jimenez wasn’t sold. Abby’s descent into Ground Zero needed to feel organic and reflective of the series’ firm grounding reality. He pitched the idea of a slow, sound-based build-up instead and creative director Neil Druckmann approved it. That left the task of rigging the monster to Yates and his team. Not an easy task. As you can see, they ended up getting very physical, but the end result is incredibly eerie.

Did the Rat King scare you? Let us know down in the comments, or hit us up on Twitter or Facebook.

The Last of Us Part 2: Birth of the Rat King | COGconnected 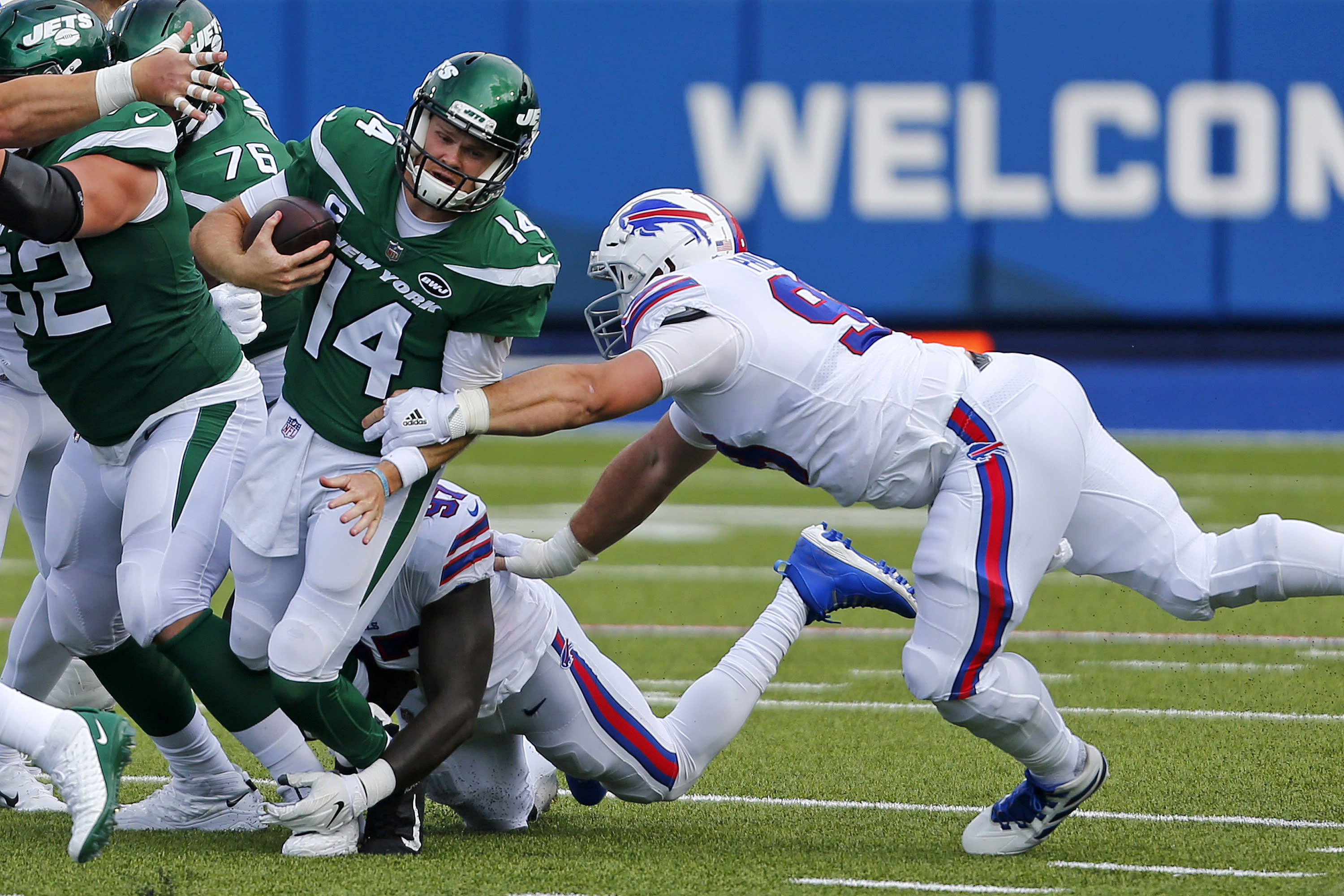 Jets’ Darnold working to put dismal season debut behind him