I learned this history from a podcast, “Radiolab,” while desperately seeking distraction from an apocalyptic news cycle. (To the episode’s credit, it didn’t end with the words “and that’s how we got Trump.”) The next segment was about the many thousands of species of fungi that are now evolving in response to climate change. Our ancient enemies, it seems, are beginning to tolerate dangerously high temperatures, and could soon gain the ability to thrive in warm-blooded hosts. If they do, a scientist informed the podcast’s warm-blooded host, the age of mammals might be revealed for what it is: an epoch-spanning fluke.

Which brings me to Carlos Lozada’s new book, “What Were We Thinking: A Brief Intellectual History of the Trump Era.” Lozada, the nonfiction book critic at the Washington Post, revisits all the books on Donald Trump that he’s read since 2015: about a hundred and fifty titles, each purporting to illuminate the man and his times. (Immediately, the reader is primed for the sequel: “What Was I Thinking.”) One of the book’s standout preoccupations is whether Trump is an asteroid or a fungus. In other words, was the President’s victory a freak event, a chunk of debris that crashed into the country and transformed it forever? Or had Trumpism long been waiting in the soil, its destiny intertwined with ours? As Lozada shows, some Trump books exclaim over the norms that this Administration has broken; others take a longer view, considering the White House’s channelling of dark American traditions. Lozada finds the second approach more useful (the revolution will, and should, be contextualized) but leaves room for the fact that Trump has degraded us, and that some of the rot can be scraped off.

The book’s most original idea is its structure: a taxonomy that presents ten types of Trump book, including the White House “chaos chronicles” (“an endless encore of officials expressing concern”), “heartlandia” (lyrical portraits of Trump voters in flyover country), “Russian lit” (a genre which both looks at Trump’s personal ties to Russia and unpacks his Soviet-style tactics), and activism manuals for the resistance. Each chapter offers an essay made up of loosely connected mini-reviews; because there’s a lot of stylish recapping, the appeal of Lozada’s study can depend on the material being discussed. A chapter on the erosion of truth contains a fascinating précis of “A Lot of People Are Saying,” Russell Muirhead and Nancy L. Rosenblum’s tract about “the new conspiracism,” which proceeds via “innuendo and repetition” and “substitutes social validation for scientific validation.” (With Trump, Lozada writes, “there is conspiracy, but no theory.”) A chapter on immigration, which thrums with Lozada’s mixed feelings about what America has come to mean for the hopeful and the suffering—Lozada, originally from Peru, obtained U.S. citizenship in 2014—is enriched by references to “This Land Is Our Land,” by Suketu Mehta, and Greg Grandin’s Pulitzer Prize-winning history, “The End of the Myth: From the Frontier to the Border Wall in the Mind of America.” For Mehta, Lozada writes, immigration isn’t simply a matter of go-getters with big dreams; it’s “reparations . . . payback for colonialism, for the plunder of resources, for ecological and economic devastation.” Grandin, meanwhile, believes that once Americans lost the “safety valve” of a frontier and became hemmed in by a border, the result was “an extremism turned inward, all-consuming and self-devouring.”

The most entertaining chapter, “The Conservative Pivot,” maps Trump’s effect on the right’s media ecosystem. There are the sycophants, Lozada shows, with their sloppy, hagiographic accounts of the President’s “invincibility.” (Think Jeanine Pirro and Newt Gingrich.) There are the conservative intellectuals, such as Rich Lowry or the military historian Victor Davis Hanson, who labor to dress Trumpism up in tweed. Lozada reserves his most annihilating judgment for the Never Trumpers, who, in a series of books he calls “meh culpas,” bemoan the G.O.P.’s tribalism and obstinance but refuse to examine how the Party got that way. Lozada proposes that the Never Trumpers change their name to Only Trumpers. “Had Trump come close but failed to win the 2016 Republication nomination,” he notes, brilliantly, “the conscience and corrosion of conservatism, the mind of the Right, would remain undisturbed and unexamined. Only with Trump. Maybe they should thank him.”

Lozada’s strengths as a critic are obvious. He is charming, funny, and light on his feet, and his descriptions are exceptionally clear and pithy. Pro-Trump intellectuals “claim to support the president for his principles but they really love him for his enemies,” he writes. And: “Bush hoped to remake the world. Trump just makes it up as he goes along.” This aphoristic style cuts to the quick of complex ideas, making them easy to maneuver in the course of the book’s meta-analysis. Yet Lozada also tends to substitute minor aesthetic judgments for evaluations of a work’s substance, as when he complains that Gregg Jarrett “argues by adverb” and that Robin DiAngelo’s “White Fragility” “reads like a pharmaceutical ad for treating whiteness.” (As someone who, initially beguiled by DiAngelo’s ideas, remains curious about the backlash against her, I was eager to hear how Lozada would prosecute his case. Instead, he simply asks the book to “do better.”)

And “What Were We Thinking” ’s complaints can be confusing. Lozada attacks Naomi Klein’s resistance tome “No Is Not Enough” for outlining a specific and ambitiously progressive policy platform. (“Demilitarization of police. Free college tuition. One hundred percent renewable energy.”) A few pages later, he announces that “the resistance books are packed with calls for the renewal of the American story but give no clear sense of how to begin.” Lozada also chides Klein, along with the writer Dana Fisher and the social activist Brittany Packnett Cunningham, for excluding moderate and conservative voices from their movement. “The intellectuals of the resistance seem to deliberately alienate prospective foot soldiers, prioritizing the purity of resistance over its expansion,” he writes. But the very next chapter is the one in which Lozada savages the Never Trumpers, suggesting that the issue is less line-drawing per se than where, exactly, the line is drawn.

Did we arrive here because of an asteroid? Mold? Climate change? In one sense, “What Were We Thinking” studies the hazards of trying to pick apart the innumerable contingencies that prop up a moment. Most of the titles being discussed lean on a specific theory or framework, which can’t help but prove incomplete. (At times, Lozada seems to fault the books for this limitation—several interesting-sounding projects are dismissed for their failure to definitively explain, say, the “white working class.”) But, taken together, the hope is that the literature will paint a rich cumulative picture. Through a combination of summary and critique, Lozada is trying to achieve what he believes the authors he’s writing about mostly have not: a genuinely revelatory Trump book.

The conventional wisdom, of course, is that we know all we need to know—and perhaps all there is to know—about who Trump is. Lozada seems to steer around the flatness, the weird transparency, of his subject by suggesting that “the most essential books of the Trump era are scarcely about Trump at all.” There is a hint of circular reasoning here: volumes are assessed for their ability to elucidate the Trump age, yet they are only selected because Lozada believes that they should elucidate the Trump age. At times, one is left with the impression of a critic who has lumped together disparate works in order to have something to criticize.

And, just as Lozada assumes that all books about the present can be made to speak to Trump, he also assumes that all books can be made to speak well. For him, either a work offers insight in the traditional fashion or it inadvertently reveals the folly that helped sweep us to where we are. As the introduction makes clear, “What Were We Thinking” is largely a critical history—a scathing one—which examines intellectual projects that, as Lozada argues, are riddled with “blind spots, resentments, and failures of imagination.” (Exceptions exist: an epilogue singles out the twelve volumes that “helped me make sense of this time,” Lozada writes, and he has a gift, perhaps in spite of himself, for making whatever title he’s describing sound at least a little alluring.) The badness, though, is a feature, not a bug. Sycophantic praise poems by Fox News personalities, self-important nothingburgers by anonymous White House staffers, memoirs that condescend to coal miners or rely heavily on “racial grievance”: according to Lozada, they all uncover something “essential” about our moment.

Sure. But the “good” Trump books make their points more fully than Lozada can, and dissecting the “bad” books—his more central concern—only yields the most obvious truths. If I were Lozada, straining to find meaning in an empty publishing phenomenon, I might take the redundancy dogging his project as a lesson for our time. Once, it was effective to underline Trump’s abnormality. Later, it seemed fitting to situate the Administration’s atrocities within a wider context of disgrace. Both framings—Trump as exception, Trump as steroidal avatar of the country that formed him—have always been true. The difference is that, in 2020, they are equally banal. Watching Lozada press his lively intelligence into what feels, in places, like a critique of itself is its own education in saturation, and in the incentives of a culture that is designed to keep talking long after there’s anything left to say. 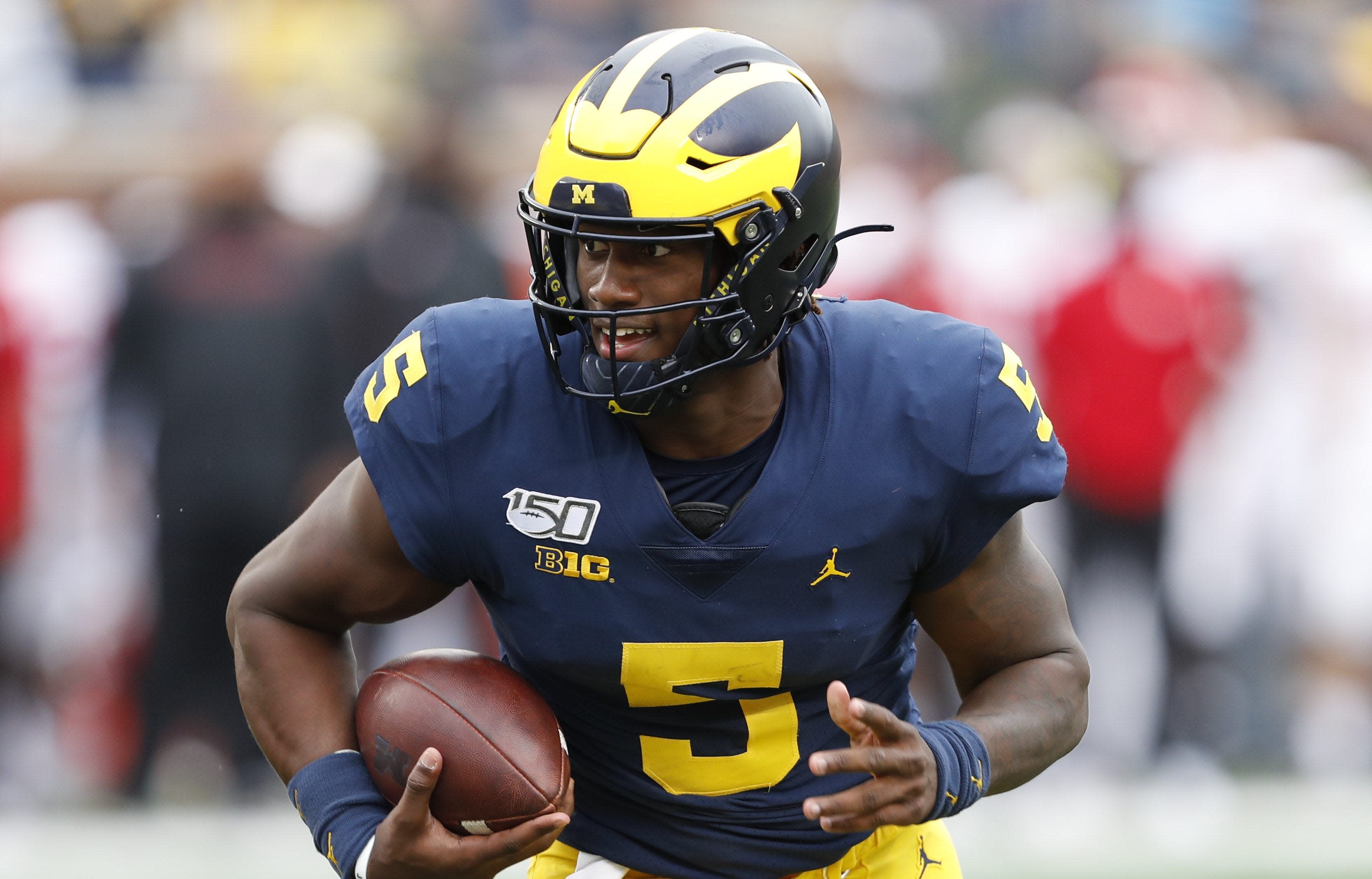 “Get Organized with The Home Edit” Is Infomercial Reality Television

Other Things to Do With Your Hands Besides Use Your Phone

What Will a Vengeful President Do to the World in His Final Weeks?

Trump, the Coronavirus, and What Happens When Strongmen Fall Ill