Skip to content
Home>>World news>>U.S. coronavirus cases pass 4 million for the month of November, doubling the record set in October.

The Thanksgiving holiday, however, caused skews in reporting at the end of the week, with a steep drop-off in new cases reported on Thursday, and then a huge jump on Friday. Many states did not report data on the Thanksgiving holiday, when the national tally rose more than 103,000 cases and more than 1,100 deaths — far lower levels than on the previous Thursday, Nov. 19, when 187,000 cases and 1,962 deaths were recorded.

For that very reason, the numbers were artificially high on Friday, when many states reported two days’ worth of data. That pushed the country past 200,000 cases in a single day for the first time, with more than 205,000 reported as of late Friday night, along with more than 1,400 deaths. The preceding Friday, Nov. 20, the reports were more than 198,600 infections and more than 1,950 deaths.

The blurry data could persist. Access to testing around the country was likely to have decreased for a few days, meaning more infections could go uncounted. In Louisiana, testing sites run by the National Guard were slated to be closed both Thursday and Friday. In Wisconsin, some National Guard testing sites closed all week.

Many hospitals across the country are already overcrowded and struggling to keep up with rising numbers of patients seeking care, and the pressure on the health care system is likely to only increase. Hospitalizations on Saturday reached a daily record of 91,635, according to the Covid Tracking Project. 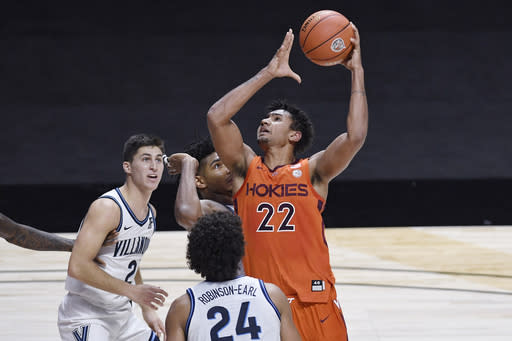 Zegarowski leads No. 11 Creighton into opener vs. North Dakota St

‘Karen’ Halloween mask triggers a flurry of orders — and complaints

Amazon fires: Are they worse this year than before?

N.Y. man buried alive in his car for 10 hours after snowstorm