The WWE announced in a statement Friday that it had released Zelina Vega from her contract.

“WWE has come to terms on the release of Zelina Vega,” the statement read. “We wish her all the best in her future endeavors.”

In late October, Marc Middleton of Wrestling Inc. reported that the WWE was shutting down Twitch and Cameo accounts from its wrestlers. Vega was among a group that included AJ Styles, Paige, Reckoning, Aleister Black and Cesaro who commented on the status of their channels being changed. This stems from WWE’s decision to prohibit its talent from using third-party businesses.

The move has drawn criticism from WWE talent, including from Vega. On her Twitch channel she shares with husband Aleister Black, the two told fans that they likely wouldn’t be seeing activity from the account in the near future.

“We don’t know but it’s starting to look like, obviously that this might be the last one for a while,” Black said. “We haven’t been told anything… but, like, it’s not definite, it’s not like this is the last final stream ever.”

Vega added, “Although it could be. I want you to be prepared for that, too.”

The issue of the WWE’s third-party edict drew the attention of former Democratic Presidential candidate Andrew Yang, who criticized the decision when it was revealed.

“A lot of it is that wrestlers are afraid to speak out, and I’ve had wrestlers past and present reach out to me and say that Vince has been getting away with exploitation of wrestlers calling them independent contractors while controlling their activities for years and years,” Yang said. “A lot of it is just that they are a quasi-monopoly, and wrestlers fear that if they do try and unionize or organize in any way that Vince doesn’t like, that it will never work again.”

Vega tweeted earlier on Friday her support for unionization:

Al Qaeda’s No. 2, Accused in U.S. Embassy Attacks, Is Secretly Killed in Iran 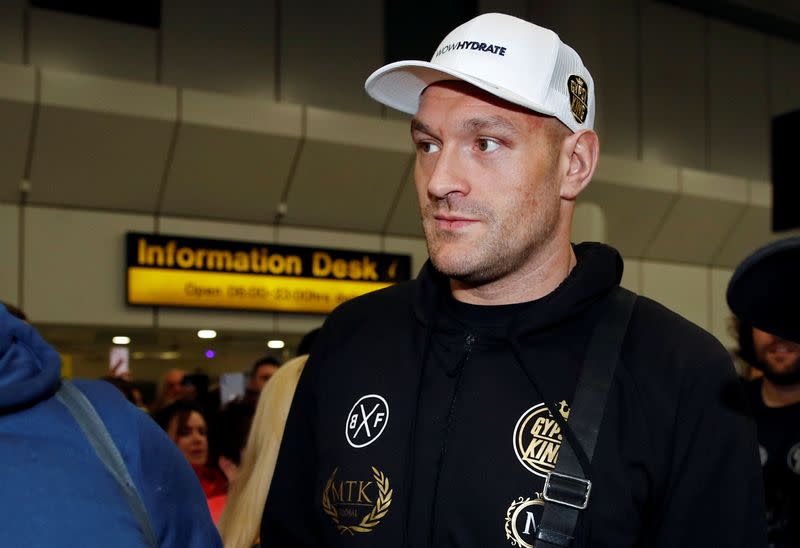 Boxing: Fury ditches plan to fight in December, to return to ring in 2021