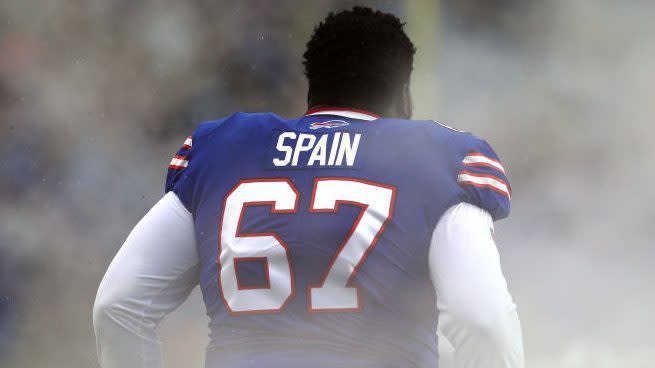 The Bills cut guard Quinton Spain on Wednesday, just seven months after signing him to a three-year, $15 million contract. So what went wrong?

Bills General Manager Brandon Beane says the Bills’ coaching staff just decided to play Brian Winters ahead of Spain, who started every game last year, and it was hard to keep Spain if he wasn’t starting.

“It’s hard when you’re not a starter, in fairness to him,” Beane said, via the Buffalo News. “There’s no blame to go around. Quinton Spain’s a good guy, a good person. He didn’t see this. You never know how things are going to work out when you put a roster together. Every team’s a new team. Nothing happened. There’s no one thing like, this happened and the dam broke and all the water went out. It’s just, we decided at the end of the day, being today, that he would be happier having a chance to start. And so we just gave him that freedom and wish him nothing but the best.”

Spain hinted on Twitter that there was some discontent, writing, “If only they knew the real reason but I’m going to leave it at that,” but later deleting that tweet.

Now Spain is a free agent, and he can shop himself to any team that sees him as a starter. He’ll probably have to settle for less money than he signed for in March.