SEATTLE (AP) — The expansion Seattle Kraken expect to have the main portion of their training facility open in plenty of time for the team’s first NHL season.

The training center is be constructed in two phases with the initial focus on finishing the needed facilities for the team to play its first season in 2021-22. The second phase, which includes two additional rinks that will be used for community activities, should be finished in the late summer or early fall of next year.

“It’s important because if the NHL gets back to a regular schedule we need to have an expansion draft, an amateur draft, rookie camps, etc.,” Humphrey said. “So it’s coming at us quick.”

The training facility is the anchor of a large redevelopment in the Northgate neighborhood of Seattle. The training center is 167,000 square feet and will have seating for 1,000 fans surrounding the practice rink. There will also be retail and dining options inside the building.

U.S. has seen over 1 million new coronavirus cases in first 10 days of November

Avengers S.T.A.T.I.O.N. installation to open in Toronto on November 20 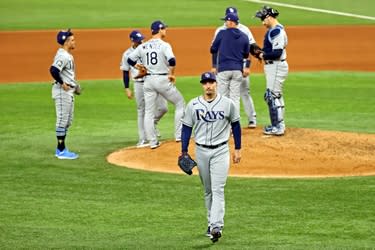 Mets’ Noah Syndergaard reacts to Rays’ Kevin Cash pulling Blake Snell: ‘So who gets to pull the manager?’