In a Zoom call with rotary group on Feb. 5, Mariners president Kevin Mather made some insensitive comments on former pitcher Hisashi Iwakuma and prospect outfielder Julio Rodriguez’s English among other things.

The Zoom call was uploaded to YouTube Sunday and has since been deleted but was re-uploaded along with a transcription and can be found here.

While talking about how the Mariners helped its international players learn English, Mather brought up Iwakuma, a former All-Star in 2013 with the team, and discussed how he didn’t care for paying an interpreter.

“It frustrates me,” he said. “For instance, we just re-hired Iwakuma, he was a pitcher with us for a number of years. Wonderful human being, his English was terrible. He wanted to get back into the game, he came to us. We quite frankly want him as our Asian scout, interpreter, what’s going on with the Japanese league.

“He’s coming to spring training. And I’m going to say, I’m tired of paying his interpreter. When he was a player, we’d pay Iwakuma X, but we’d also have to pay $75,000 a year to have an interpreter with him. His English suddenly got better, his English got better when we told him that!”

Iwakuma was hired by the Mariners in January as a special assignments coach. While Rodriguez, 20, is just starting his career.

Rodriguez hails from the Dominican Republic and Mather spoke on his level of English.

“Julio Rodríguez has got a personality bigger than all of you combined,” Mather said. “He is loud, his English is not tremendous.”

In a story from Oct. 2018, The Athletic’s Corey Brock said that he conducted an interview with Rodriguez completely in English which was a first for him at the time and said he was so proud that he was going to call and tell his parents.

Rodriguez appeared to address the comments with a meme via Twitter.

Mather also discussed how the Mariners made an offer to outfielder Jarred Kelenic back in 2019 and divulged why Kelenic refused the offer.

“We offered him (Kelenic) a long-term deal, six-year deal for substantial money with options to go farther,” Mather said. “After pondering it for several days and talking to the union, he’s turned us down and in his words, he’s going to bet on himself.”

This isn’t the first time Mather has found himself under fire. He and two other executives were accused of sexual harassment in 2018 by two former female employees. The Mariners said they “made amends” for accusations and paid about $500,000 to the employees as a settlement. 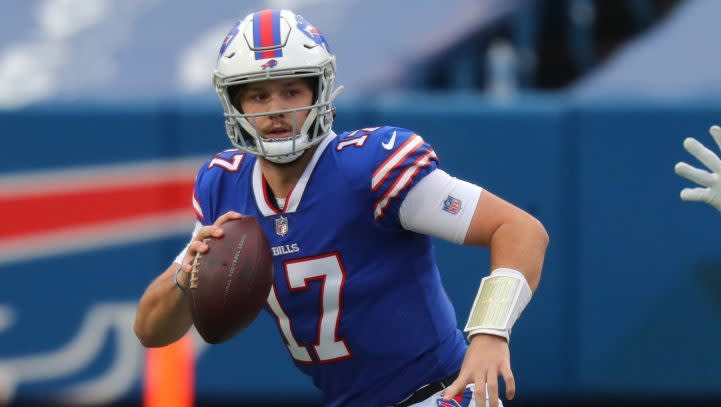 Josh Allen: May not be a lot of fans, but they’ll make a difference