Skip to content
Home>>World news>>Poets and Lovers: Do Rimbaud and Verlaine Belong in France’s Panthéon?

PARIS — “To the great men, a grateful homeland” reads the inscription above the columned entrance to the Panthéon, France’s storied tomb of heroes, which houses the remains of idols like Hugo, Curie and Rousseau.

Now, a petition drive calling on President Emmanuel Macron to enshrine the 19th-century poets Arthur Rimbaud and Paul Verlaine, whose sexual relationship scandalized their contemporaries, is fueling arguments about diversity, inclusion, national pride and the meaning of “great.”

The poets have well-earned reputations for transgressive behavior as well as verse. Verlaine abandoned his wife and baby to pursue the affair, which may have started before Rimbaud turned 17. They abused opium and alcohol, and Rimbaud was notoriously rude, crude and even violent. As their relationship collapsed, Verlaine shot and wounded his lover, for which he spent 18 months in prison.

Supporters argue that official recognition is long overdue on literary merits, and that putting them into the Panthéon together would send a strong message against homophobia. Thousands of people have signed the petition, which calls the poets “the French Oscar Wildes,” including Culture Minister Roselyne Bachelot and several of her predecessors, as well as the writer Annie Ernaux and Agnès B, the fashion designer.

“Rimbaud has a rightful place as an anti-establishment figure because France accepts dissent, blasphemy and criticism, and it even values it,” said Frédéric Martel, a journalist and author of “The Pink and the Black, Homosexuals in France since 1968,” who organized the petition.

But the idea has run into stiff resistance from disparate quarters. Some opponents have made overtly anti-gay arguments. But more say that other factors make the poets unsuitable as national icons, or that the petition reduces them to their affair, overshadowing their work.

In a column in Le Monde, Dominique de Villepin, a former prime minister, wrote that honoring the writers would impose on them “an identitarian memory,” contrary to France’s universalist values.

Others contend that Verlaine and Rimbaud would have disdained the establishment’s stamp of approval. Etienne Montety, an editor of Le Figaro, called them “too free for the Panthéon.”

The most incendiary arguments against them involve personal conduct: the shooting and Rimbaud’s role in slavery and war in Ethiopia. It is clear that Rimbaud did business and collaborated with slave traders, and sold arms, though his biographer, Graham Robb, found no evidence of his direct involvement in the traffic in humans, as is sometimes claimed.

Even if France wants to champion Rimbaud, the feeling was not mutual. He spent most of his adult life abroad and denigrated the French. In the poem “Bad Blood,” he called them “an inferior race,” one that “has never risen, except to plunder.”

The French president alone decides who goes into the Panthéon — Mr. Macron has not tipped his hand — and there are no defined criteria. The choices have always been political and subject to debate, often reflecting the views of the moment rather than the judgment of time.

The Panthéon, holding the remains of 78 people, is heavy on now-obscure military and political figures of the Revolutionary era. (Jean-Baptiste-Pierre Bevière, anyone?) More striking is who is missing.

Writers like Balzac, Sartre, Proust, Sand, de Beauvoir and Flaubert are absent, as are artists like Monet, Cezanne, Renoir, Manet and Rodin. The handful of scientists does not include Pasteur. Debussy is not there, nor is any other composer.

Charles de Gaulle would surely be in, but he wanted his body to remain in his hometown. In 2009, President Nicolas Sarkozy proposed relocating Camus’s remains to the Panthéon, but dropped the idea after the writer’s son objected.

The Panthéon, a massive neoclassical landmark in central Paris, was designed as a church but completed during the French Revolution as a secular shrine. One of the first buried there, in 1791, was the philosopher Voltaire.

For decades, critics have complained that the list of inductees is too male and too white — a condition that is changing, albeit slowly. “While maintaining a universalist discourse, France is opening up to a form of citizenship that takes much more notice of difference than before,” said Philippe Portier, a political scientist at Sciences Po in Paris.

When Marcellin Berthelot, a chemist, died and was interred in the Panthéon in 1907, his wife, Sophie Berthelot, who died on the same day, went with him. For 88 years, she was the only woman there.

Marie Curie won two Nobel Prizes, in physics and chemistry, yet it was not until 1995 — six decades after her death — that she became the first woman placed in the Panthéon based on her own accomplishments.

Three other women have been admitted, all in the past five years: two World War II heroes, Geneviève de Gaulle-Anthonioz and Germaine Tillion, and Simone Veil, a former health minister and president of the European Parliament.

In 1945, Félix Éboué became the first Black person so honored, for backing Free French forces in World War II as governor of France’s African colonies. As the instrument of a colonial regime, he might be seen differently if he were considered today.

Not until 2002 was another person of color, the writer Alexandre Dumas the elder, placed in the Panthéon — 132 years after he died.

The petition to move Rimbaud’s and Verlaine’s remains began after Mr. Martel and five friends made a pilgrimage to Rimbaud’s grave in Charleville-Mézières, the small city near the Belgian border where he grew up. (He once described it as “exceptionally stupid.”) Mr. Martel found the grave “disappointing,” almost invisible among the other headstones.

At 16, Rimbaud repudiated middle-class propriety, writing to a friend that he had to suffer as a poet, achieving inspiration through “derangement of all the senses.” He wrote to Verlaine, 10 years his senior, then ran off to meet the older man in Paris.

As a teenager, Rimbaud penned masterpieces like “Le Bateau ivre” (“The Drunken Boat”), “Le Dormeur du Val” (“The Sleeper in the Valley”), “Voyelles” (“Vowels”) and the collection “Un Saison en Enfer” (“A Season in Hell”). Then suddenly, at age 20, he stopped writing poetry.

Verlaine, already a well-known poet, joined the Paris Commune, the short-lived socialist government, marking him as a radical in the eyes of the national government. The nascent Third Republic brutally crushed the Commune in 1871, months before he met Rimbaud.

Later called the “prince of poets,” Verlaine wrote well-known works like “Chanson d’Automne” (“Song of Autumn”) and the collection “Romance Sans Paroles” (“Wordless Romance”). Prematurely aged by drink and drugs, he died at 51.

Rimbaud became a soldier for the Dutch in what is now Indonesia, then a trader in coffee and other commodities in Ethiopia. He died of cancer at 37.

Both poets used enigmatic, allusive imagery and are considered part of the Symbolist movement, influencing artists from Debussy to Picasso to Bob Dylan. Rimbaud’s phrase “change life” became a motif for France’s May 1968 protests.

They have also become gay icons — though both had relationships with women, too — especially in France, where the musical “Rimbaud Verlaine” was performed last year. A 1995 film, “Total Eclipse,” starring Leonardo DiCaprio and David Thewlis, recounted their story.

But Jacqueline Teissier-Rimbaud, the poet’s great-great-niece, said they should not be defined by a relationship that lasted less than two years. “Rimbaud didn’t start his life with Verlaine and didn’t end it up with him,” she said.

If France wants to celebrate sexual difference, it should enshrine someone like Michel Foucault, the gay social theorist, who wrote extensively about sexuality, said Henri Scepi, a professor of French literature at the Sorbonne Nouvelle.

A Panthéon burial, he said, risks distorting the legacy of anti-establishment poets by making them establishment heroes.

“We must preserve their destabilizing and corrosive force against the institutions, the state authority, the army and the police,” he said. 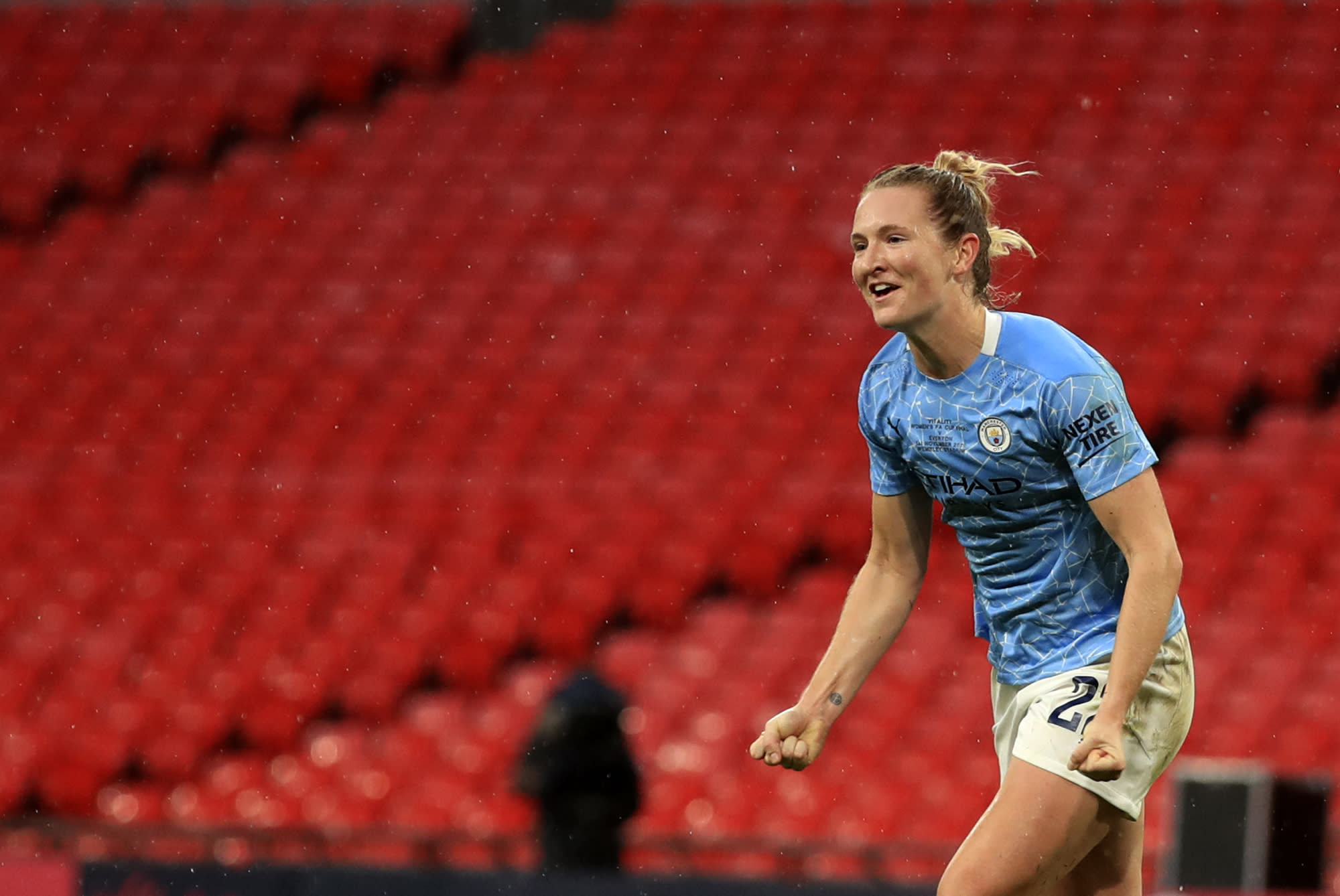 Williams bounces back to win on return

Ireland’s mother and baby home survivors have spent decades fighting for the truth. They can finally see an end in sight

McConnell says he hasn’t been to White House since August, citing Covid-19 protocols