Skip to content
Home>>Sports>>The Hornets didn’t draft shooting help. They have cap space to find it in free agency 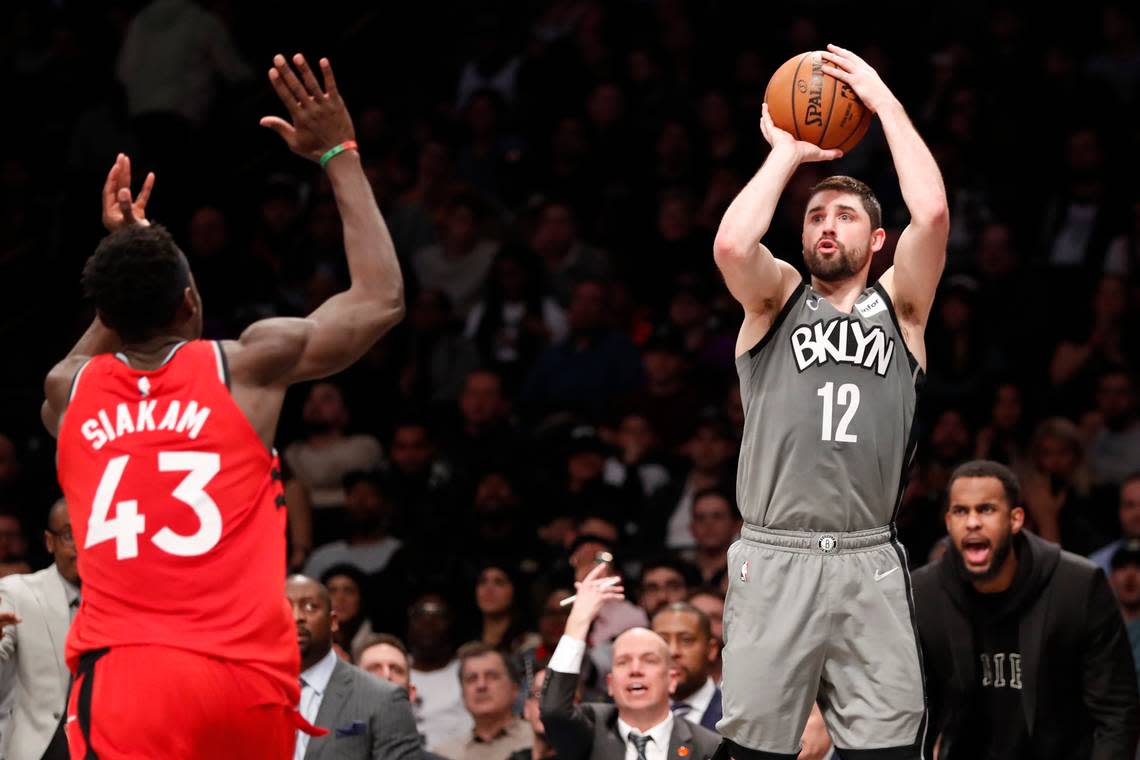 The most important thing about the Charlotte Hornets’ salary-cap space:

Nearly no other NBA team has any.

Entering the start of free-agency Friday at 6 p.m. — essentially the NBA’s new fiscal year — the Hornets have roughly $20 million in cap space. Only three of the other 30 franchises — the New York Knicks, Atlanta Hawks and Detroit Pistons — have significant flexibility below what will be a cap of about $109 million next season.

General manager Mitch Kupchak has said for months this isn’t the time in the Hornets’ rebuild to recruit big-name free agents. But he’s receptive to smaller signings, and free agents aren’t the only use for cap space, particularly in a tight fiscal period for most teams.

The Hornets could also …

▪ Trade for a veteran to address specific weaknesses, like shooting or rebounding.

▪ Accept a bad contract off another roster, in return for a future draft pick.

▪ Extend a player currently on the roster, like Devonte Graham.

▪ Bank cap space for the summer of 2021. Expensive contracts for Nic Batum and Cody Zeller also expire then, which could create massive flexibility.

These are all possibilities Kupchak has mentioned. But the sexiest is clearly free agency.

Power of shooting for Hornets

When Kupchak was asked about free agency Wednesday night, he mentioned the importance of shooting, something coach James Borrego has emphasized in roster fixes.

“If you can get that one talented player, you would hope that he’d be able to shoot the ball,” Kupchak said. “In this (NBA era) you need shooters.”

In Wednesday night’s NBA draft, the Hornets didn’t add anyone who will be seen as a go-to shooter next season.

Vernon Carey Jr. from Duke, Charlotte’s 32nd overall pick, is a skilled center who has trimmed down about 30 pounds this offseason but plays his best around the basket.

Grant Riller, selected 56th, was a prolific scorer at College of Charleston but figures to spend most of next season with the G League Greensboro Swarm as a development project.

If shooting is a priority for the Hornets, then among free agents, Brooklyn Nets wing Joe Harris fits that description — a 42% shooter or better from 3-point range each of the past three seasons.

Harris has an appealing situation with the Nets, building a contender around Kevin Durant and Kyrie Irving. Harris has said in the past he’s inclined to re-sign there, but it would be only logical for Kupchak to inquire about Harris.

The Hornets also need help inside, particularly rebounding. Free agent Christian Woods, who is 6-10, had a breakout season with the Detroit Pistons, averaging 13.1 points and 6.3 rebounds.

Woods is somewhat a one-season wonder; he played sparsely for four teams the prior three seasons — including the Hornets — without ever having an impact. Would it be worth the Hornets to commit to paying him $10 million or more per season in a long-term deal?

Hornets could make a trade

Kupchak often talks about the value of cap space to facilitate trades — whether it’s to add talent or future draft picks.

Charlotte’s cap space — it will be closer to $19 million once the four rookies are signed — could be extra valuable because of the plummet in league-wide revenue, due primarily to the pandemic.

That made for no rise in the salary cap from last season and leaves many teams at risk of finishing the season above the luxury-tax threshold of about $132 million.

Teams avoiding that will likely call Kupchak looking for help, and offering a future draft pick to park a contract on Charlotte’s payroll.

“There might be an undesirable contract (a team wants to send) your way. And it could help you (acquire) a second-round, maybe even a first-round pick,” said ESPN front office insider Bobby Marks, a former Nets executive.

Marks cited a recent example of such a trade’s value: The Nets will get guard Bruce Brown from the Pistons, and are giving up a future second-round pick they acquired from the Toronto Raptors. The Nets got that pick for letting the Raptors unload some guaranteed salary previously.

“You never know when those picks come of value,” Marks said.

Aside from few teams with cap space, this offseason is different in that everything — the draft, free agency, the start of training camp — will happen in less than a month’s time due to the pandemic. The normal span from draft to free agency to camp is three months.

The only thing similar in recent memory is the lockout in 2011, but that didn’t delay the draft from happening in June, and there was no pandemic then to add to logistical challenges.

Kupchak said there is a league-wide danger of hasty decisions in the tight window between the start of free agency and the start of camps; less time, for instance, to gauge the marketplace as far as what each player’s value is.

Marks noted that’s true for both the teams and the free agents. Two weeks to cram in all these transactions will affect behavior.

“You really have a day to think about” what you’re willing to pay, Marks predicted.

“It’s like what free agents will go through (also): It’s going to be a ‘take-it-or-leave it’ scenario, where any offer they get, they’re going to be on the clock right then to decide on taking it.

“If they don’t take it, teams will move on to another player because we’re in such a time crunch right now.” 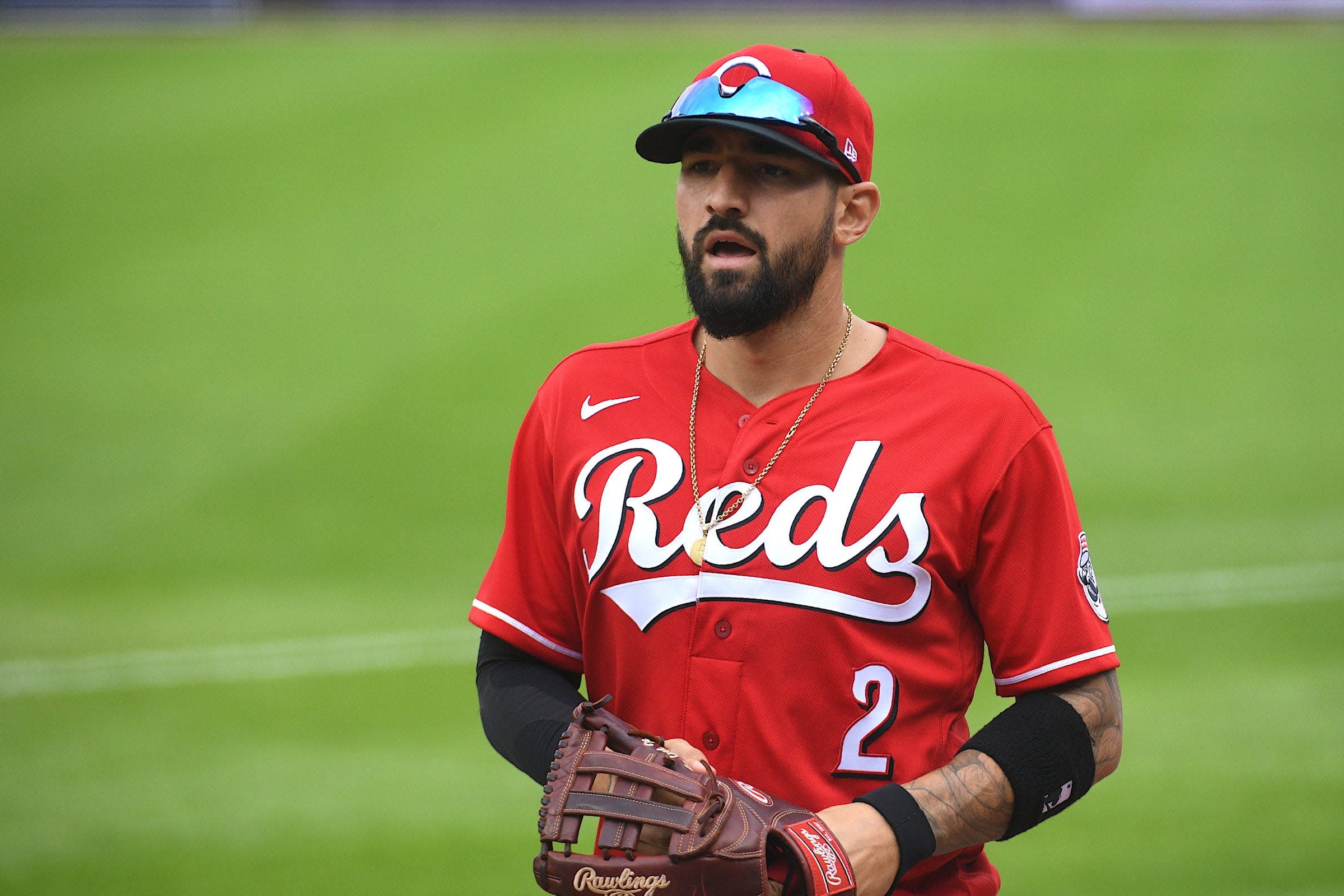