Skip to content
Home>>Sports>>With ‘The Game’ Canceled, What Will the Big Ten Do Now?

Welcome back for the latest episode of college athletics’ surprise hit series of 2020: “What The Hell Will The Big Ten Do Now?”

For people who gravitate to reality series to revel in human dysfunction, this has been the show for you since July. The Big Ten has had it all: shocking plot twists, shoddy leadership, anger, waffling, petulance, pettiness, selfishness, near-constant discord and a succession of plans doomed to fail. And now we are approaching the season finale, wherein the oldest and richest conference in the land will decide whether to blow up its agreed-upon path for the third time (at least) in five months.

If you thought Hamlet was tragically indecisive …

The latest issue is the COVID-19-induced demise of Ohio State-Michigan, the conference’s centerpiece game, which will not be played for the first time since 1917. Regardless of the lopsided nature of the rivalry, this is a blow for the fans of both teams, the Big Ten, and college football as a whole. The game is a genuine slice of Americana, and losing it is both a shame and completely predictable when trying to play sports amidst a pandemic.

(Also: how weird would it be if Michigan coach Jim Harbaugh’s last game as coach of the Wolverines was in late November and nobody knew it? Even if his team is able to play Dec. 19, Harbaugh could be the first Michigan coach whose final Big Ten game wasn’t against Ohio State since Tad Wieman in 1928. The Wolverines and Buckeyes played in October that year.)

But the ramifications of not playing this game reverberate well beyond the loss of a cherished rivalry. This leaves the 5–0 Buckeyes—thus far the best team in the Big Ten, and in the thick of the College Football Playoff race—a game short of eligibility for the league title and a spot in its championship game. And that can jeopardize Ohio State’s playoff standing.

We’ll see Tuesday night where the CFP selection committee has the Buckeyes when the latest rankings are revealed. It’s a virtual lock that they will remain No. 4, ahead of Texas A&M, Florida and Cincinnati for the coveted final spot in the playoff, but committee chairman Gary Barta said last week that there was considerable debate about the disparate number of games played.

The 7–1 Aggies have played eight, but their Saturday game against Mississippi is off due to COVID issues for the Rebels—they’ll play No. 9 on Dec. 19 against Tennessee. The 8–1 Gators have played eight and are on track for their ninth against LSU Saturday and a 10th in the SEC championship game against Alabama. The Bearcats are 8–0 with an American Athletic Conference title game against Tulsa Dec. 19, after the regular-season game against the Golden Hurricane was called off for Saturday.

Ohio State is capped at six games—five in the regular season plus a postseason game of some kind in the East-West Jamboree Weekend Dec. 18–19—unless a new opponent is placed on a silver platter for the Buckeyes for Saturday. (The rumor mill was working overdrive Tuesday, pumping out various versions of who Ohio State might play.) If not, then the league must decide whether to reverse its decision—again—and issue a Buckeye Bailout Pass to the championship game despite falling under the league-mandated minimum to be eligible.

The Big Ten issued a statement that partially addressed the situation Tuesday. The key paragraph: “The conference is committed to transparency and will continue to collaborate with its member institution stakeholders to determine Big Ten Football championship game participation requirements as well as tiebreakers.”

The mere mention that the Big Ten will be working to determine championship participation requirements indicates that there could be a change to said requirements. Because the requirements were already agreed upon once, back in mid-September. But it just wouldn’t be 2020 if the league’s decisions were not reversed, would it?

The idea of a five-game Ohio State team playing for the title drew support from an unlikely source Tuesday, when Michigan athletic director Warde Manuel said he would be open to a discussion of changing the rule in the Buckeyes’ favor. “I think Ohio State is one of the top four teams in the country,” Manuel said in a press conference.

As one Big Ten administrator put it via text Tuesday: “I mean we did announce a schedule in August and cancel the season five days later and then bring it back. So to dig in the heels on this one seems a bit weird. And with the ACC saying Notre Dame and Clemson aren’t playing this week to avoid any upsets, it seems precedent is that we should all adjust on the fly.”

There is that. The ACC did provide some cover to the Big Ten’s potential Ohio State favoritism by showing its own to the Tigers and Fighting Irish. The question is whether this gamesmanship has a corrosive effect on the leagues’ solidarity, which are (allegedly) built upon the concept of equal treatment and opportunity for all member schools. If they’re willing to manipulate the schedule to make the playoff, what else are they willing to do?

Let’s review what put the Big Ten in this precarious position: after breaking from the rest of the Power 5 conferences and announcing a conference-only football schedule plan in July, they began to backtrack as virus totals escalated through the summer. By early August, they released the new schedule. Then five days later, they canceled the season—which resulted in an absolute meltdown in certain league locales, none louder and more persistent than Columbus, Ohio.

After weeks of being bludgeoned in a PR bloodbath, medical advancements cleared the way for an about-face and a return to play. But the Big Ten put itself on a high wire without a net—an eight-game season in eight weeks, with strict protocols and zero open dates for scheduling flexibility. Sure enough, teams and games have dropped with regularity, thus bringing the rule about a minimum number of games into play.

In what really should come as no surprise, given a plan destined to create problems, we have arrived at this precarious point. The entire Big Ten season was built on an underpinning that Ohio State had a national championship-caliber team—the Buckeyes all but demanded to play, and the rest of the league went along with it. Now the league must weigh whether it wants or needs to again act in the best interests of the scarlet and gray.

(Indiana, having played the number of games for championship eligibility and in line to play for the title with a 6–1 record, would like a word. Problem is, the rest of the league is accustomed to ignoring Indiana when it comes to football.)

But here’s the thing: while the Big Ten considers once again changing course and tying itself in knots in the process, does it really need to do so?

At the moment, the selection committee believes Ohio State is one of the four best teams. Even without appearing in the conference title game, it likely would play the winner of Wisconsin-Iowa in a pretty good East-West crossover game Dec. 19. Win that to reach 6–0, while closest pursuer Texas A&M is playing subpar Tennessee, and it stands to reason that the Buckeyes are making the playoff field even without any rule change.

But does the baroque and bewildering Big Ten trust the playoff process enough to let it play out according the rules its members agreed to play by? We should know the answer by Wednesday morning at the latest. Whatever the answer is, prepare for more howling.

Epic Games and Apple Go to Court in Australia | COGconnected

This is the Zodiac Speaking Plays With Your Mind 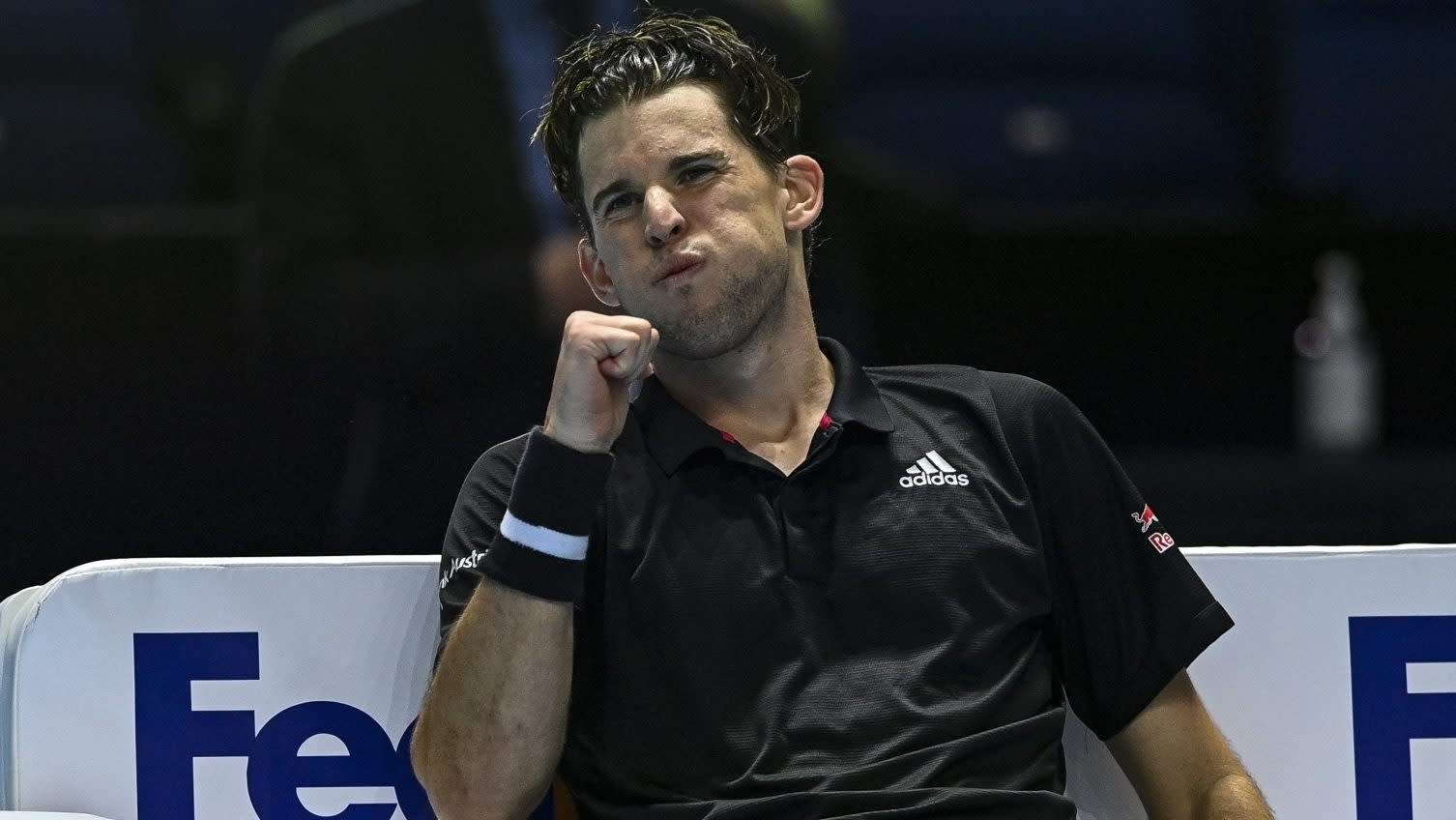 Alcatraz May Be Coming to Call of Duty: Warzone | COGconnected

Browns get to practice as ‘weight’ of Steelers game sinks in